Is there a way to cap CPU usage in Parity?

I have a non-useless Macbook Air running High Sierra. I've tried using both Mist & Parity, but alarmingly, I've found that both Ethereum clients have no respect for my CPU load when syncing. Parity maxes out every core and grinds the system to a halt constantly. The only solution is to turn off syncing or kill Parity entirely. Since I'm a developer, this is unacceptable -- I need the JSON-RPC interface and I absolutely can't live without it. 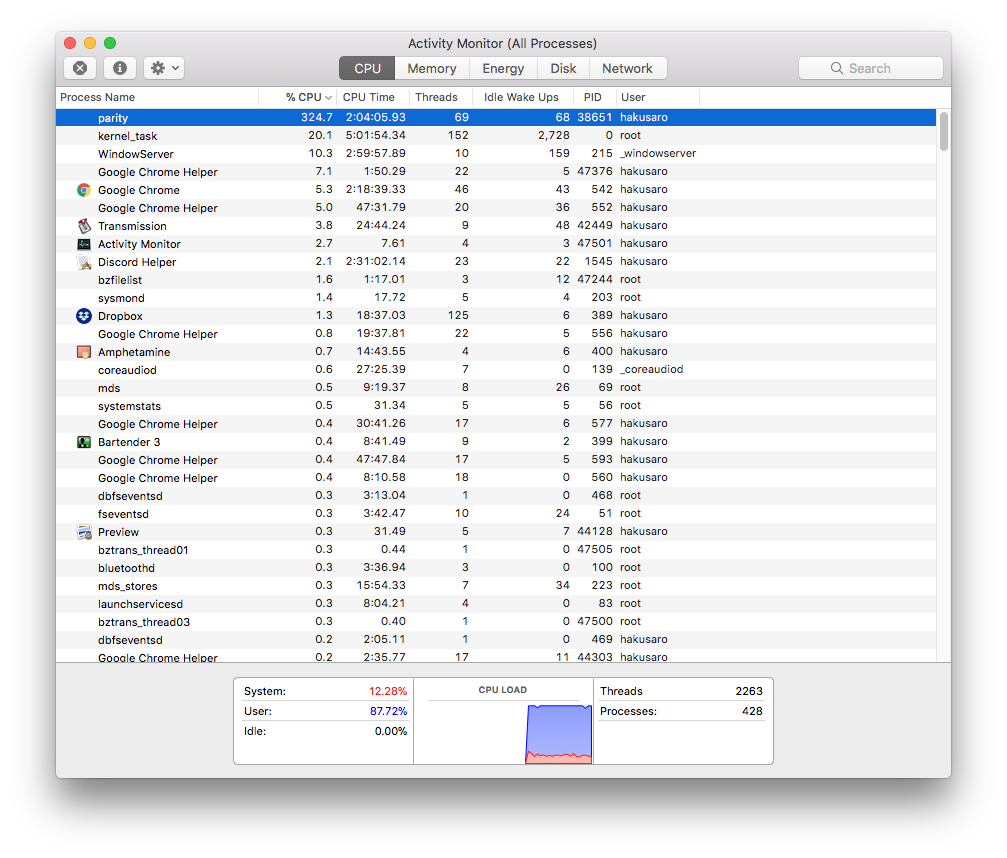 Two issues on Parity's GitHub are triaged for different versions and closed, but I don't see any results from these issues. Does that mean they were never actually solved?

Is there any way to tell Parity to cap its CPU utilization to a certain threshold?

You can use a program to cap the CPU usage: https://apple.stackexchange.com/questions/24998/can-i-manually-limit-the-cpu-used-by-a-process

I occasionally do this if I'm using a program that doesn't actually get faster when using more CPU time (STMicro's horrible CubeMX comes to mind -- it pegs my CPU at 100% to display a static table of values).

If you're just worried about responsiveness of your system, the nice command should do the trick. Unfortunately, it's a command-line based program (if you're the kind of person to shy away from that sort of thing, but I'm guessing you're not).

Solved:- I am MacBook Air [OS Mohave] User, same problem with me, I just Quit the Sublime and started using VS Code, Problem is gone. I think the problem is with Sublime JSLinter.

Not the answer you're looking for? Browse other questions tagged parity mac-osx or ask your own question.