Is the contract metadata automatically deployed on Swarm?

From the solidity docs on contract metadata:

You have to publish the metadata file to Swarm (or another service) so that others can access it. You create the file by using the solc --metadata command that generates a file called ContractName_meta.json.

When I use Truffle with an Infura api key, or Remix with MetaMask, does the node publish the contract metadata file on Swarm? Or, if I run my own geth or parity node, does it happen there?

At least in Remix, it seems the answer is no, they don't automatically deploy your contract on Swarm. You can do it manually via the button below. 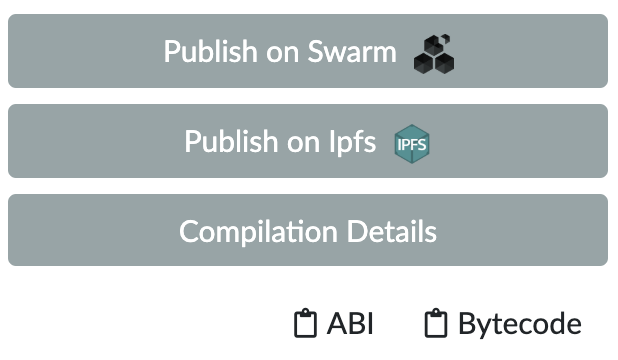 Not the answer you're looking for? Browse other questions tagged contract-deployment swarm or ask your own question.

3
Swarm local node vs swarm-gateway.net
1
Ethcore not deploying contract via web3 Javascript API
1
Unable to connect to the Swarm testnet
0
Is the swarm really a false promise?
0
Can't deploy contracts on private network
0
How to upload contract metadata to Swarm from command line?
0
Truffle deployment error with infura
1
Importing in SOLC to deploy smart contract
0
Importing a contract from swarm