Why is 2048 the mining difficulty bound divisor?

Excerpt from page 6 of the yellow paper: 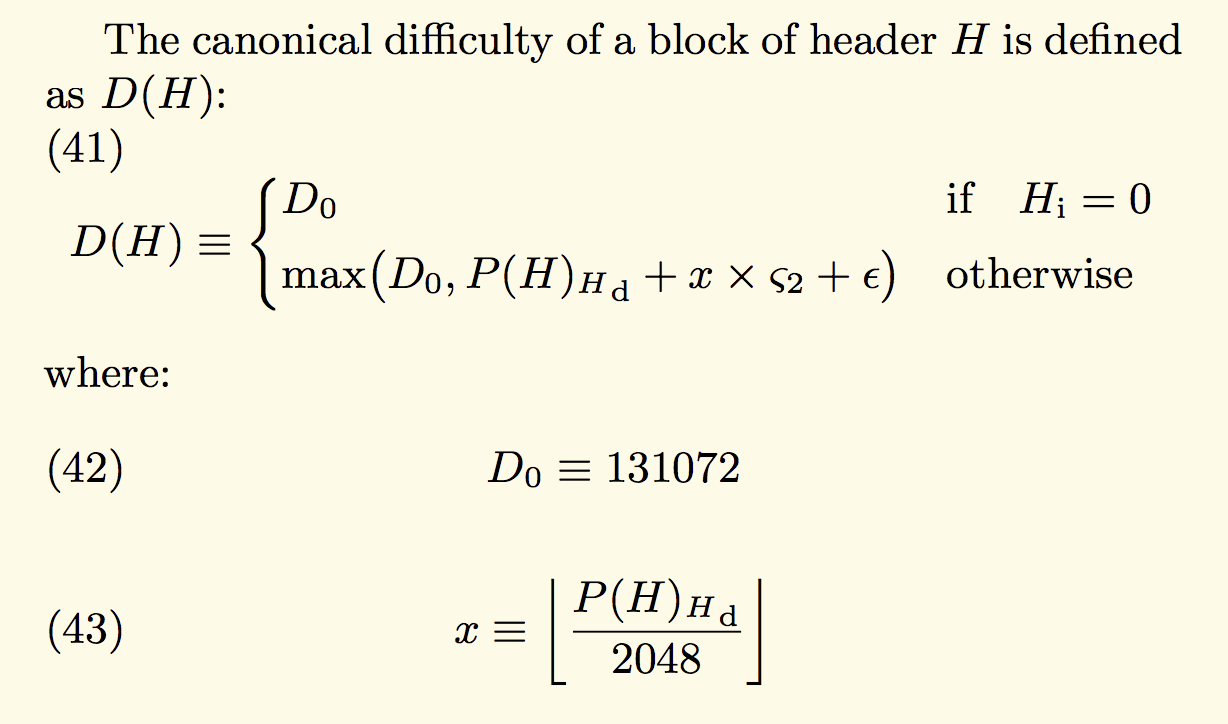 The paper focuses more on the difficulty bomb ε but says little about the rationale of mandating 131072 and 2048 as scalars. I guess the former is merely an arbitrary value, but I'm not sure about the other. Is it because with a smaller difficulty the incentives wouldn't work?

Let's explain the notation used in the yellow paper:

D_0: Difficulty of the first block and minimum possible difficulty for any other block (131072)

They are both a power of 2.

Since D0 only matter when creating the genesis block any large constant should have been fine.

Since 2048 is a power of 2 then the division can be optimized into a shift operation.

26
How is the Mining Difficulty calculated on Ethereum?
2
How is difficulty used by mining clients?
25
When will the difficulty bomb make mining impossible?
3
Why are the dataset and MixHash required for Proof of Work?
2
How difficulty is related to mining in ethereum blockchain ?
5
Is the Ethereum Subtleties page correct about value transfers under exceptions?
1
Execution environment variables Iw and Ie
3
What exactly does the "m" function in the formal Bloom filter specifications do?
1
What is "w", the permission to make modifications?
1
Are transactions to EOA included in a block guaranteed to be successful?