What triggers the Ethereum Contracts to execute ? Do miners always execute it regardless the transactions?

I understand that a contract is a set of conditions the certain parties agreed upon, and that some actions may/should follow as a part of an agreement.

If there is some kind of a trigger that tells the miners whether to execute it:

It looks like I thought that Ethereum was a much bigger animal, or something completely different. Some of the questions I asked do not apply to Ethereum. The answer was well-written on Quora, and below is the copy-paste.

One way to understand Ethereum is to think of it as a special kind of bank containing all the money in the world. This means that there are no transactions to and from other banks. All transactions happen within. More importantly, it has no employees and instead operates by the consensus of its customers.

Like many other banks, Ethereum maintains bank accounts for its customers, each containing some money denominated in a currency called Ether. When one customer transfers money to another customer, the bank does not withdraw physical cash from one account and deposit it in the other. Instead, it simply increments the balance of the recipient account, and decrements the balance of the originating account.

In this way, you can see that the list of account balances is the “ground truth” - it is the ultimate arbiter of who is wealthy and who isn’t. In Ethereum, this list of accounts and their balances is known as the state. Every transaction can thus been seen as a state transition. 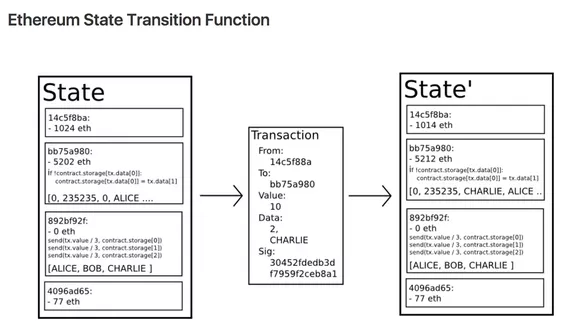 Executing a contract could involve several transactions. In our special Ethereum bank, it is not only people that have bank accounts - contracts have bank accounts too. In fact, one helpful way to think of contracts is to imagine them as people who execute instructions just as lawyers execute wills.

Executing a contract typically starts with the recipient, sender, third-party or even another contract, triggering the contract by making a transaction to it. You would think that it would be a cashless transaction since we are only triggering the movement of money. However, as with lawyers, you have to pay them for their services and they often charge by the hour. In Ethereum, the amount of work taken to execute the contract is denoted in a quantity called Gas. Different contracts may charge you different amounts of Ether for each unit of Gas. The triggering party has to foot this bill of say X amount. The contract, whose balance already contains the money to be paid out, will then make a transaction to pay the agreed upon amount, say Y, to the receiver. This completes the execution of the contract.

In our special bank, if most of its customers, even those not involved in the transaction, make these computations and agree on the end state, the outcome is ratified and taken as truth. The bank then moves on to processing the next transaction.

You wrote a pretty long post to your own question here, but I think it's important to clarify some misconceptions you have.

Fundamentally, miners are just processing transactions. They're not iterating through contracts on the blockchain, or doing any sort of automatic execution of contract code. This prevents a lot of the issues you've raised yourself, and it creates limitations that explains why you can't do a cron-type of scheduled execution of any function.

Even creating a contract is a transaction, as you can easily see in a fiddle: https://ethfiddle.com/F1ZHdfVEsc 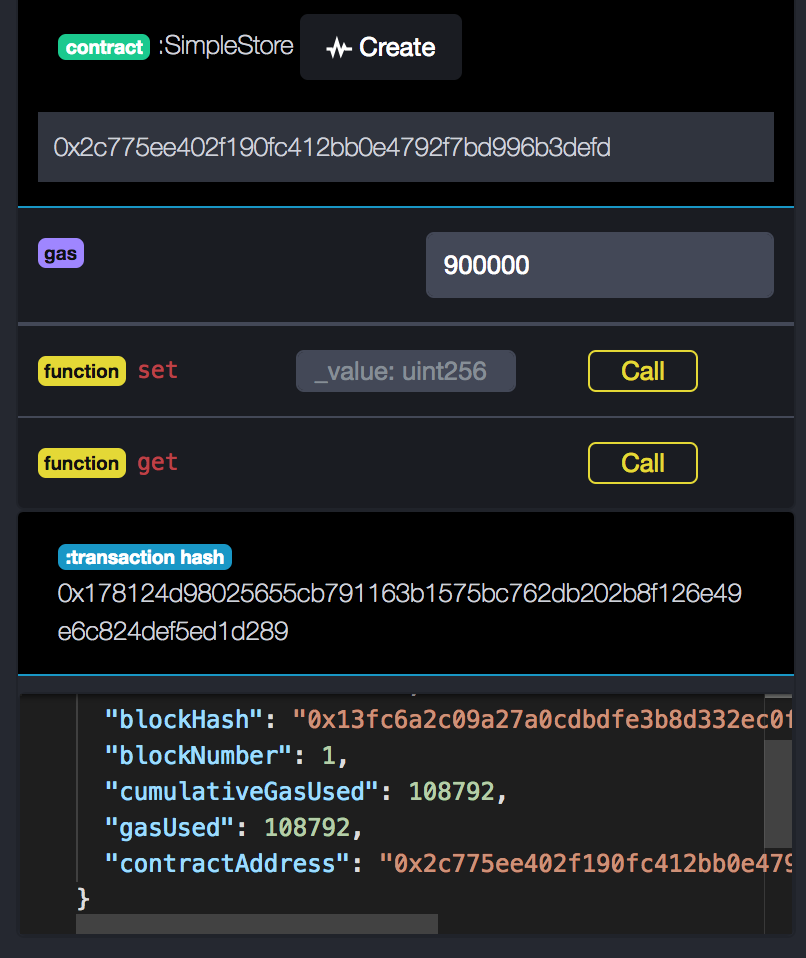 Not the answer you're looking for? Browse other questions tagged contract-development contract-design contract-invocation or ask your own question.

1
What are normal entry / execute / exit conditions for DApps?
0
is there a way to estimate STARTGAS for a smart contract
2
How does ETH handle smart contract conflicts?
3
Solidity Contracts Callback
0
smart contract in private Ethereum network
0
Including an owner address based automated routine execution in a React ethereum dapp?
0
What are the flaws of this example contract?