As my title says, I am a complete newbie to the Ethereum Project, but not to the cryptography in general. Although this will be the first time I will consider investing in the mining process. And I just would like to know, what is the best current hardware is out there for mining, and where best to find available in stock to ship.

The HD 7990 was released in 2013 and is harder to purchase from stores as this series has been superseded by the R9 series released in 2015. Internally, the HD 7990 with 6Gb RAM consists of two AMD HD 7970 GPUs with 3Gb RAM each packaged together.

Note that your Ethereum mining software will treat the HD 7990 as two separate GPUs with 3Gb RAM each, and miners with 2Gb GPUs have recently encountered some problems with the growing DAG file size 2Gb cards stopped working - 13/03/2016.

Other parts of the system

The main part of the mining hardware is the graphics processing unit (GPU). Here is a link to a site that allows you to compare the different GPUs - http://www.mininghwcomparison.com/list/index.php?brand=both . Type "Ethereum" in the filter.

In general, the best current GPUs are the AMD R9s. But the answer is more complicated.

For the lowest heat (and electricity) per unit hashrate I would say the R9 Nano.

For best hashrate per unit electricity I would say the R9 Fury X.

For the lowest upfront cost, possibly the R9 290.

If you are considering the superseded AMD HD range, the HD 7990 gives you the highest hashrate as this is essentially 2 x HD 7990 GPUs packaged as one. It is harder to find stocks of these units now.

Your bill of materials will consist of:

Build a list with expected hashrate and cost in a spreadsheet and work out the best for your situation.

Here's my meagre setup that produces 52 megahashes per second without overclocking, 63 with. Cost in Aussie dollars. It's not the best in many ways, but it works:

It may be cheaper to buy ethers on an exchange. You may have to buy bitcoins with your fiat currency and exchange your bitcoins for ethers.

The difficulty in mining ethers is going up as more people bring online their miners and the price of ethers in the future is uncertain.

The Ethereum network will be moving from the current proof-of-work to proof-of-stake where the GPU miners will all become obsolete, and the date of the switch is uncertain but may be in a few months.

It is very easy to burn out your GPUs - I've done in two, but luckily got warranty replacements. The first just stopped working after one day. And one of the fans got "sticky" in the second one after a few months.

For me, my aim was to find out more about the Ethereum network as I am a software developer and the possibility of programming smart contracts is like playing with a giant box of Lego Mindstorm, with unlimited pieces. 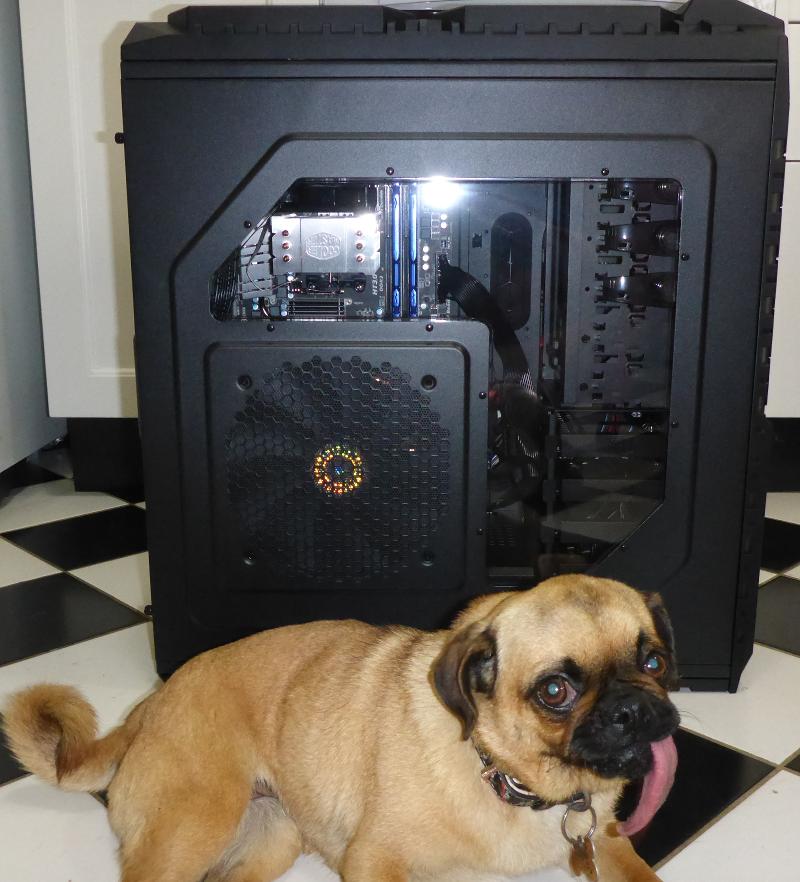 Here's Rasterbator, my 11.828 TFLOPS Ethereum mining supercomputer with my dog for scale. And yes, it is a long tongue.

I say, its too much for the beggining. 2k dollars here in BRA will cost at least 6600 $BRL, that means at least 7 and a half minimum salary.

Not the answer you're looking for? Browse other questions tagged mining gpu hardware or ask your own question.

3
what is the hardware requirement for miners in windows?
1
Specification of PC for being a miner
9
Electrical kWh per Ether
4
How can I get 43 MH/s using AMD HD 7990?
5
Can a cyber cafe mine ETH seperately on each computer?
5
Can you mine with 2GB cards or less? Thinking about the DAG issues
1
How may I buy and register a Ethereum node for mining?
2
How to make mining efficient in terms of memory, for a light weight client?
2
How do I determine if mining Ether is going to be a viable (profitable) endeavor?
1
Is it worth to mine Ethereum today?
See more linked questions

2
Problems mining ether on GTX 970
3
What is the simplest and fastest way to mine Testnet Ether on a Windows Machine
1
Quality of my computer Specs for mining
2
What is the economically efficient hardware setup for proof-of-stake mining?
0
Which graphics card is currently the best for mining?
10
How to do Ethash CPU mine using ethminer?
0
Ethereum miner does not produce blocks
0
Having a simple rig, ¿why mining ETH is not the best way to get ETH?