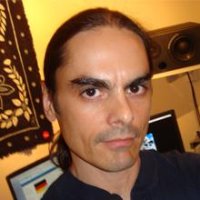 Odds are I’m somewhere doing something geeky right now that interrupted something equally geeky that I was doing earlier. But no worries, all interrupts will eventually be serviced.

Since the early ’80s, my consuming passion has been programming. Today I work as a Software Architect, bringing more than 30 years of industry experience to bear on every task. My career has run the gamut from writing games in machine language for Commodore 64 and Apple II to implementation of large scale, object-oriented, enterprise applications.

As an independent contractor working through my company Futurescale, Inc., I’ve been building and maintaining applications for major corporations and edgy startups worldwide for over 10 years. Aside from client work, my most valuable contribution to the developer world has been the PureMVC Framework, an Open Source project that has been ported to nearly every popular development language.

In my spare time, I am an author and occasional music producer.

The sonic noodlings of my recording project “Sea of Arrows” can be found on Soundcloud, Propellerheads, and on various compilations.