I want to know if Ethereum stores the contract's deployer address by default.

I know Ownable Library which stores owner's address in a storage variable. I want to know if Ethereum blockchain stores this address too in deployment transaction. If so, how can i access this information from truffle tests ?

The contract's deployer address is stored in a variable called msg.sender. You can simply assign msg.sender to any variable or use it directly.

When someone deploys a contract on Ethereum (or any EVM-based blockchain) they are making a transaction not entirely unlike a regular transaction between two addresses (just with a lot of extra data). Just like any regular transaction is stored on the blockchain, so is a deployment. The deployer is the "from" address, so to speak.

Getting this address wouldn't be a function in Truffle, though. You'd need to scrape the blockchain using whichever library you use for interacting with the blockchain, though I am not sure exactly how to do this.

More to the point, if you are talking about accessing this data in Truffle tests, you should have an easier option - you will be deploying the contracts inside the test suite, so you should have the address natively available. For example, if you used:

and used deployer to deploy your contracts in the tests, then you should have the address locally.

Another point worth mentioning: the Ownable contracts from OpenZeppelin do not necessarily store the deployer of the contract in the owner storage variable. While the default is that the deployer is set as the owner at deploy, this can be changed afterwards (that's the point of the changeOwnership and renounceOwnership functions), so we're really talking about two different things when we talk about OpenZeppelin's owner and the data in the actual blockchain, which will always be the deployer.

Good question. This is not an exact answer but it might help.

Following is an image from etherscan: 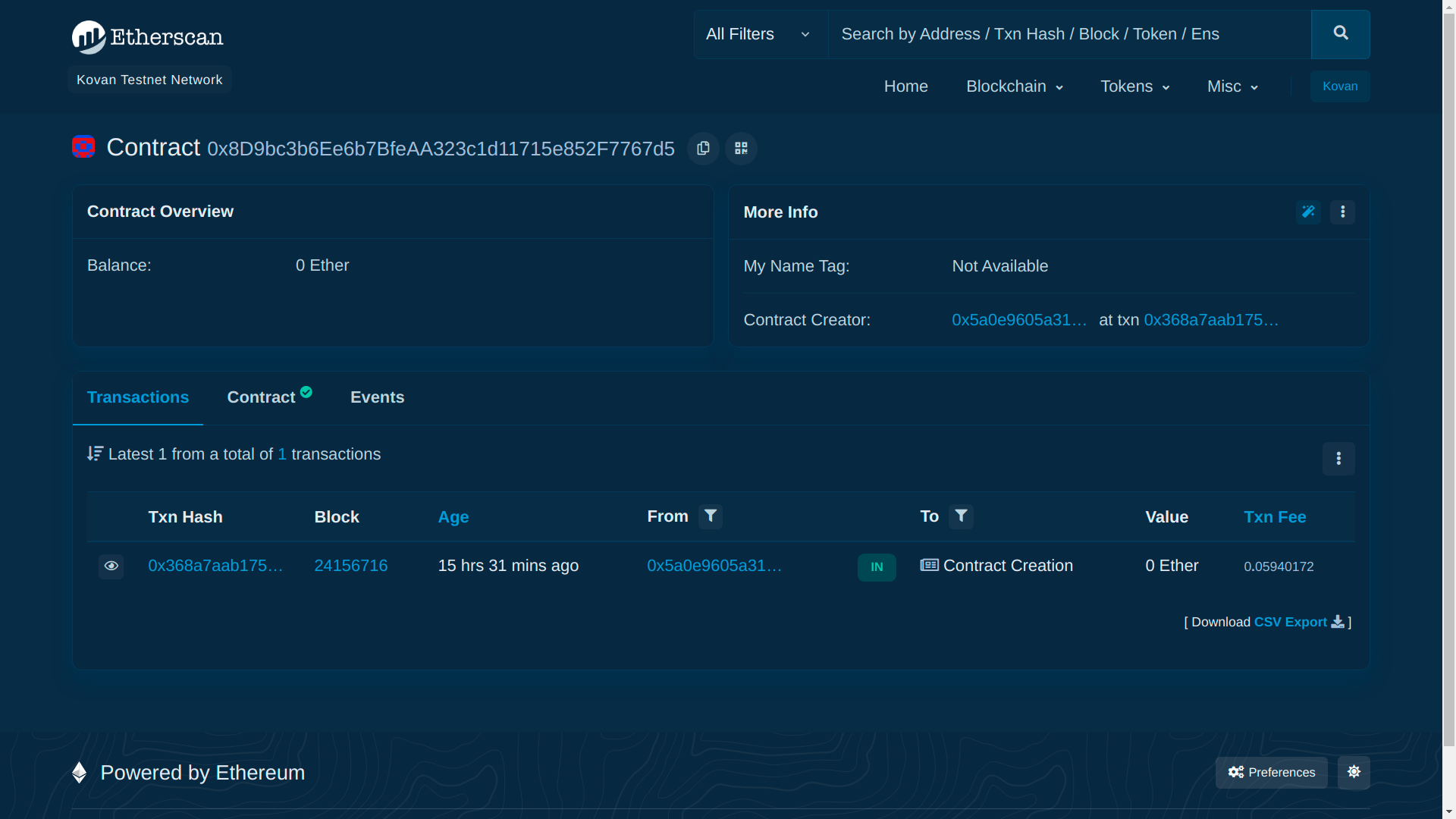 In the picture it is showing a transaction named contract creation where from address is specified.

7
How can we retrieve the evolution of the state of an smart contract variable?
2
Is it possible to copy the internal storage of a smart contract to a new contract?
0
Which contract(s) are exceeding block gas limit? (truffle.js)
1
OpenZeppelin - how to check the owner's address of an Ownable token
1
Getting storage array data from contract
2
Passing one contract instance as an argument to the constructor of another contract
1
Solidity Contract Needs Another Contract's Address
0
Read and write products using solidity