How to find out the IP address of a MetaMask wallet's owner?

If an Ethereum wallet address was created using MetaMask, can the IP address of the wallet's owner be logged or uncovered somehow?

If we can't find out the IP address, does the company running MetaMask log that information somehow?

When using the Metamask Chrome extension for the first time, the following appears, which says Metamask the company never collects our IP address, apparently: 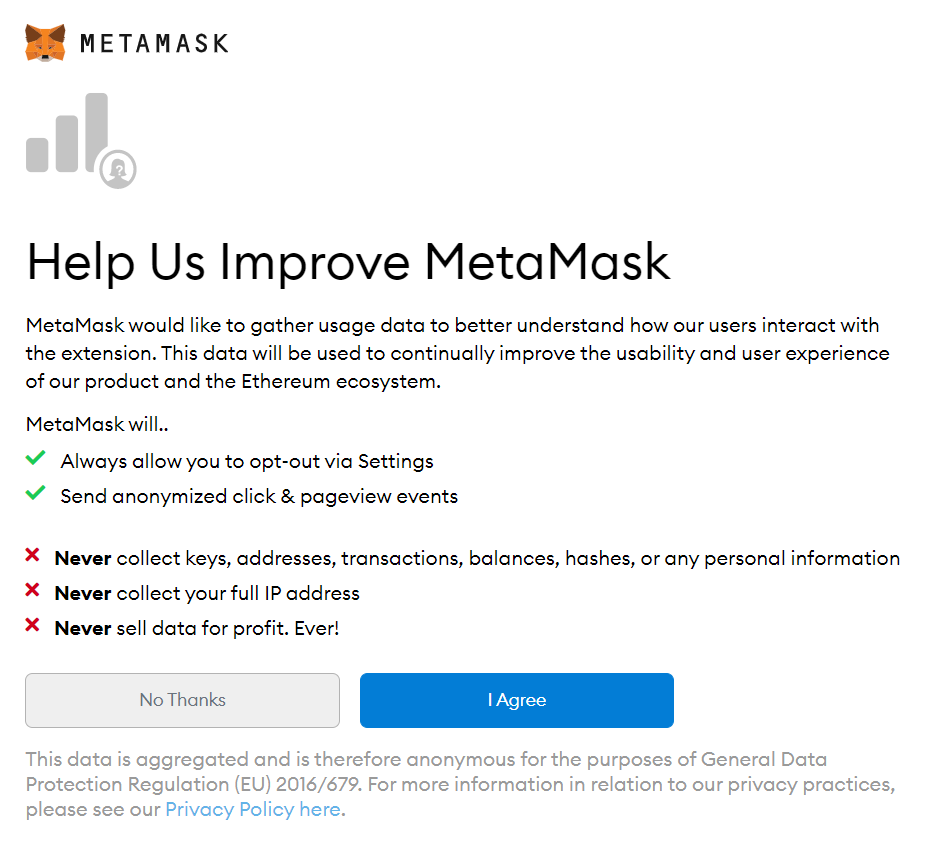 If an Ethereum wallet address was created using MetaMask

It doesn't appear so, at least during creation. (You can verify this by watching for network traffic during the creation process.)

can the IP address of the wallet's owner be logged or uncovered somehow?

By default Metamask uses Infura. When submitting transactions, traffic routed via Infura will contain the usual HTTP headers - which will create a specific fingerprint of the browser being used - as well as the source IP address. I believe they use some of this information to rate-limit their services and prevent abuse.

If we can't find out the IP address, does the company running MetaMask log that information somehow?

As above, probably for a short period of time for rate limiting. Not really possible to answer this without asking them.

Could they tie IP addresses to wallet addresses? They could, but such things can be easily fooled (e.g. Tor, VPNs, etc.). (Even without trying: GeoIP is bullshit.) I'd also speculate that anyone doing anything particularly illegal - if that's why you're asking - wouldn't be using a centralised service like Infura (via MM) - they'd be running their own node, and creating and managing their own wallets.

Not the answer you're looking for? Browse other questions tagged metamask wallets privacy paper-wallets or ask your own question.

1
Can't send REQ tokens with Metamask Chrome Extension
3
Signing message: Provided address is invalid, the capitalization checksum test failed, or its an indrect IBAN address which can't be converted
0
Metamask Unable to send transactions to Ethereum private network
1
How are Metamask web wallets traceable to owner identity?
2
How can you sign with Metamask without web3?