Is calling another contract via its address risky?

The below screenshot is from Andreas' book. I don't understand why this programming technique is so risky. See the text in the red block in the image. 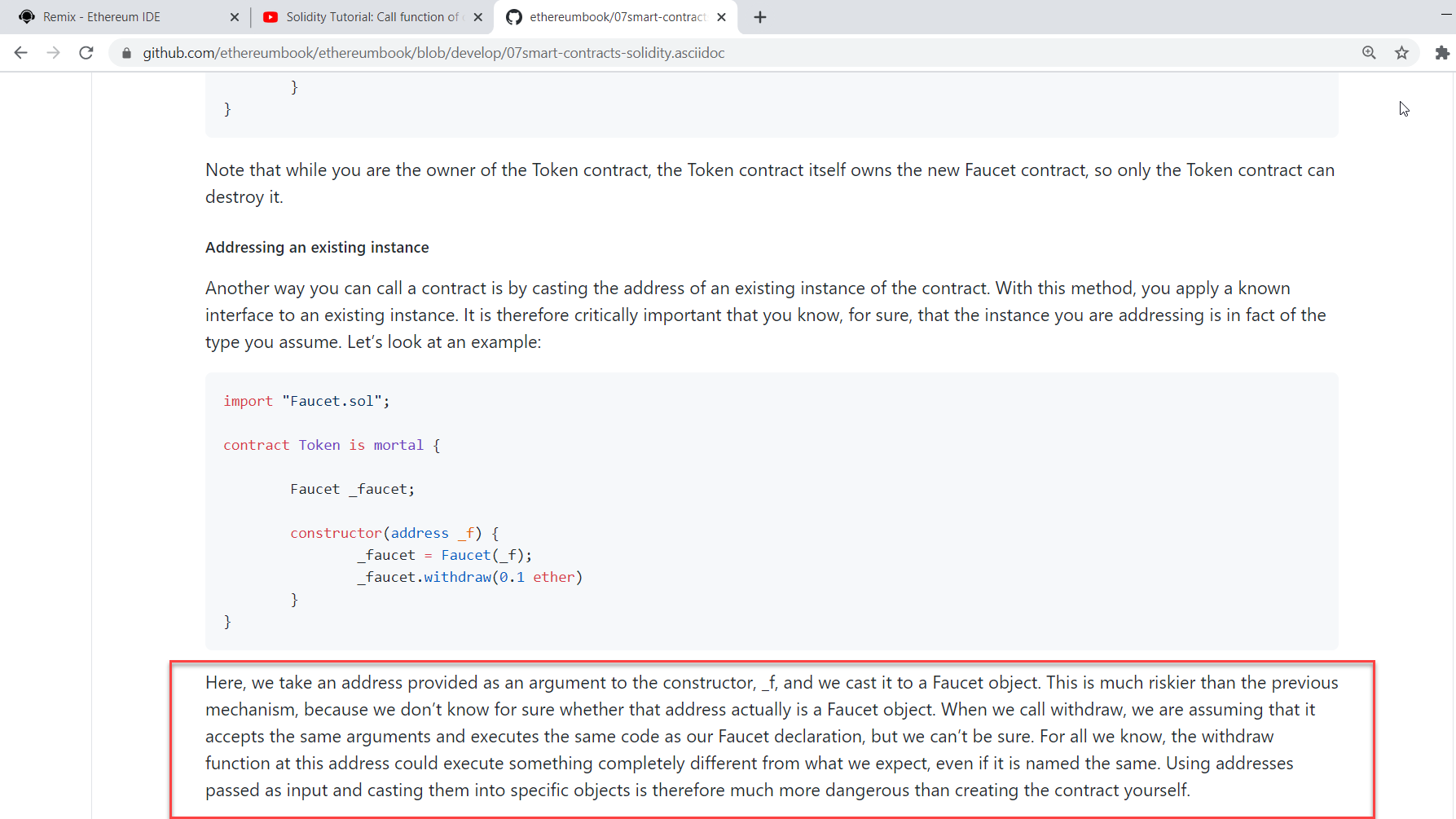 We have the .sol file, and the Bytecode on the Blockchain at the contract address is immutable. Can't we verify that the Contract Bytecode matches the Bytecode generated by the provided .sol file, hence, this would eliminate any risk?

It's a misleading description in my opinion. It seems to conflate two different concerns.

Firstly, one can use an address or a contract instance in the arguments. The latter is more type-safe at the compiler level and that can possibly help catch developer errors.

which is still an address, externally but is already cast as an instance of Faucet.

Great, but that doesn't mean the received address is indeed a faucet, nor does it confirm the expected functions exist or that they are trustworthy.

You can approximate trustworthiness with a simple heuristic. Either the contract is part of our system or it is suspect. As shown, it would be possible to manually (or with a deployment script) pass the faucet address in and be done with it. That externalizes a vital concern and nothing in the contract code guards against error or oversight. The intended binding of the two contracts could be coded into the contracts themselves.

Assuming the simple case where faucet and token are paired 1:1, the faucet could deploy the token.

When you deploy only the faucet you will get two contracts with reliable awareness of their counterpart addresses and you can use that to gaurd sensitive functions by checking that msg.sender is the trusted address.

Not the answer you're looking for? Browse other questions tagged contract-design or ask your own question.