How to fix Solidity version missmatch from Visual Studio Code

So I have install the Solidity extension for Visual Studio.

And when I start my Solidity code with

I get the following error in visual studio.

So my code is compiling but I would like to know how to specify the solidity version to visual code as well to prevent error warning. 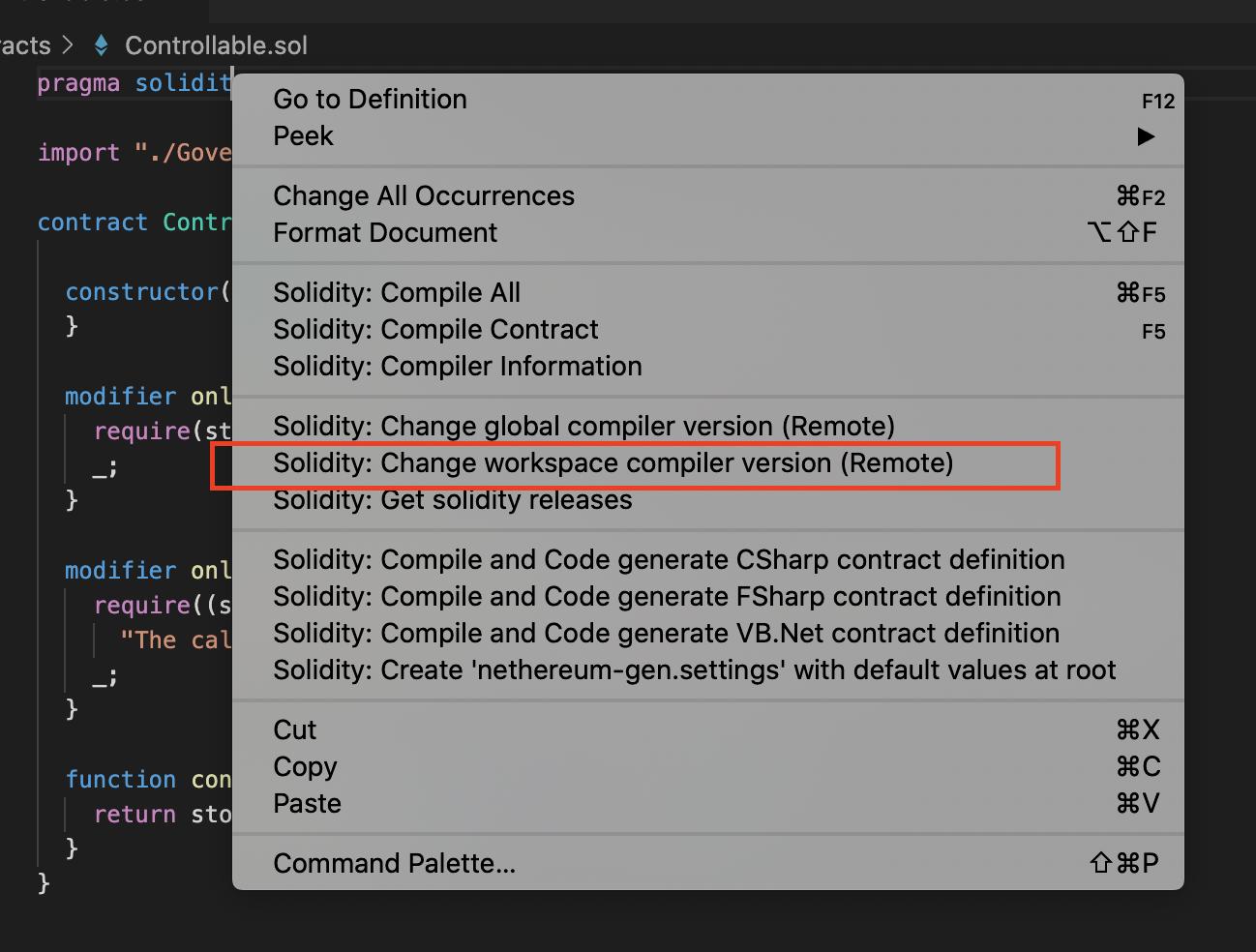 If you still have a problem with the version in VS Code, this worked for me:

In my case I am using solidity v0.7.4. Note also the other config: "solidity.enableLocalNodeCompiler": false

Not the answer you're looking for? Browse other questions tagged solidity visual-studio-code or ask your own question.

2
Atom linther - pragma stuck at 0.4.4
8
Solved: How to change Solidity linter [solc] compiler version in Visual Studio Code?
20
Source File requires different compiler version
1
My Solidity files are not compiling and I am getting constant error
0
How do I compile using the nightly build of the Solidity compiler
1
How to use compiler version 0.4.17?
1
Remix Solidity Smart Contract Stuck On Compiling State
0
How to import and compile contracts of different versions solidity