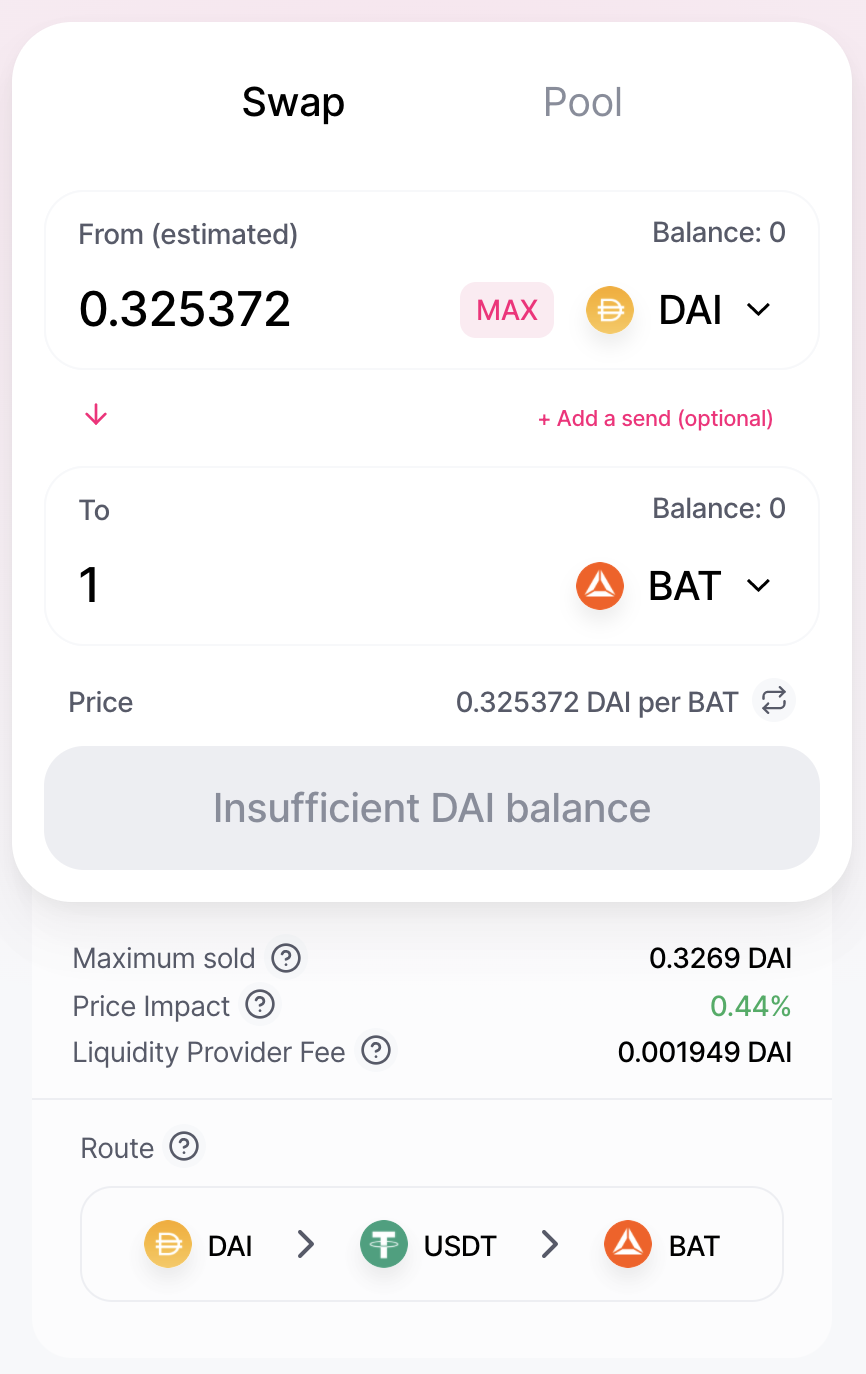 I thought that the amount from getAmountsIn() would be same as the amount from uniswap official app. Why those two amounts are different, Did I called wrong function? Could you give me any advise, please?

As far as I was aware, this difference is the fee paid to the Liquidity Pool creators. That is, the reward for locking up these funds to create the market via the liquidity pool.

When you try to exchange something using Uniswap web application, the application runs a path finder algorithm between different pairs and depending on the amount you want to swap it suggest the path with best exchange ratio. As it is clear in the photo, the router algorithm suggested DAI-USDT + USDT-BAT path for your swap.

If you want to regenerate the same output using only contract call, you have to input the same path which in your case would be:

getAmountsIn() already account for fees. However, if there is no direct liquidity for the pair you are trading, you have to use a path connecting multiple liquidity pools. Different paths will yield different results. The exchange app calculate the optimal route, therefore, in order to obtain the same result calling the contract function directly, you must provide an optimal route too.

Not the answer you're looking for? Browse other questions tagged ether uniswap or ask your own question.

0
Private key use cases in ethereum blockchain while transferring the amount between two crypto exchanges
1
Always get `Dai/insufficient-allowance` error
0
Uniswap Swap Token for ETH reverting
8
Get Uniswap Exchange Rate of any Token with Web3
0
Unit Testing UniswapV2Pair - function call to a non-contract account
0
How does Uniswap Interact with my Token Contract When Users Swap?