ERC20 approve() not working in Remix

In Remix, I have a Depository smart contract that is supposed to escrow user funds. My first step is to call token.approve with the address of the deployed Depository and amount, but I'm not getting the expected behavior.

Owner.transfer's token.approve doesn't seem to behave. I'm calling it from an address with 10000 ERC20 tokens and passing 50 as the amount argument. When I invoke transfer, two things happen: 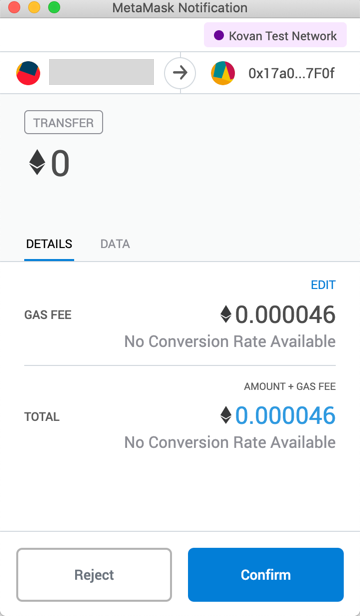 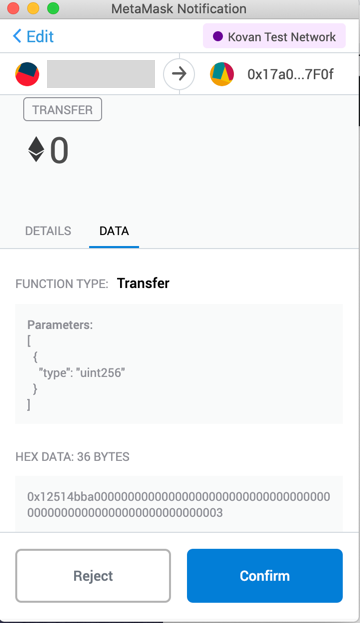 I'm new to Solidity, and pretty darn stumped. Where am I going wrong?

You need to have the tokens in the Owner contract. As the owner contract is the one that is calling approve.

The failure is happening because there aren't enough ERC20 tokens in the Owner contract. Transfer 50 to that from your user wallet and then call the function.

I gave Tirtha credit, because his answer is correct and the one that helped me. I'd just like to piggyback on his answer to elaborate a bit more.

The reason why Metamask wasn't presenting me with an "approve" transaction is because Owner is the one invoking approve, not my selected Remix account. I'm only calling Owner.transfer, which then tells Owner to call approve, but I'm not directly invoking approve myself.

Not the answer you're looking for? Browse other questions tagged solidity remix erc-20 or ask your own question.

0
Why are contacts from Remix editor and explorer different after deploying?
0
ERC20 - Approve & TransferFrom not working
2
ERC20 contract not able to transfer large amount of tokens
0
OpenZeppelin default FixedSupply contract not sending balance to sender
1
Contract with function payable to receive ERC20 token in one shot?
0
transferFrom() not working
0
TransferFrom function does not work even with approve