ETH internal transaction means i received money and it became part of my wallet balance?

When someone send a money and it is shown within internal transactions like here, then does it mean this money was added to my wallet balance and available for withdrawal same as "normal" transactions money? You can see that transaction having value of "0.08147364 Ether", but when you click the transaction for details, you can see "Value: 0 Ether ($0.00) "

It means the original transaction was directed at a contract and that contract initiated one or more messages to other contracts and accounts. An example, would be a transaction sent to a contract that is holding funds, instructing it to release funds to your account. Such a transaction might not have any value attached, only instructions, but the funds that arrive in your account are real.

Such transactions are subject to same rules regarding waiting for confirmations before you are sure, but by the time you read this, if the funds seem like they are in your account, then you can be confident it is basically irreversible. 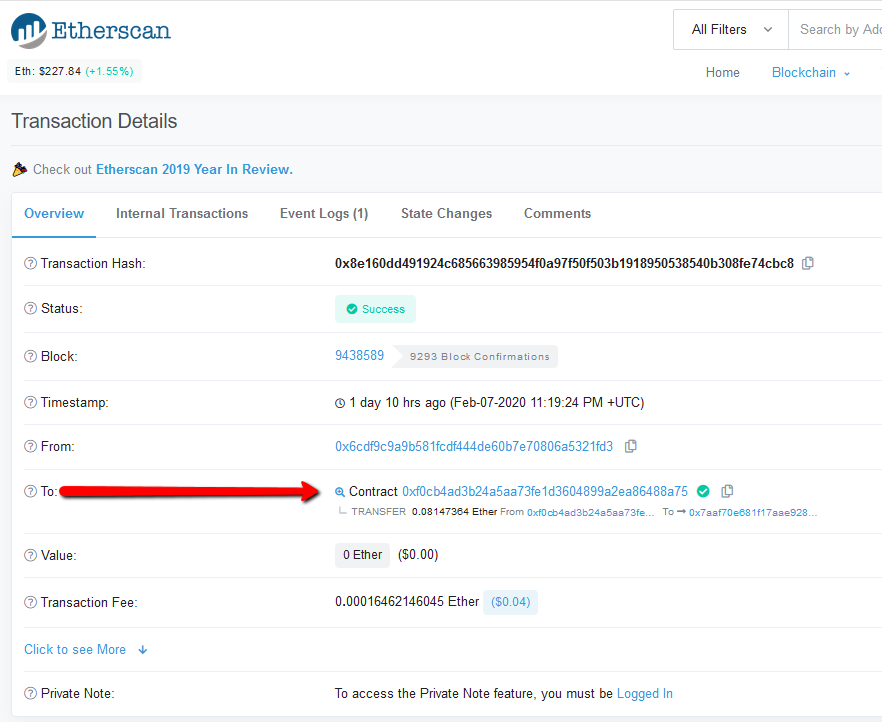 It's over a day old, so well-confirmed.

In case it isn't clear, contracts run logic when someone sends them a transaction. Among the things they can do is send money where it's supposed to go. Almost everything interesting on Ethereum is a contract. It is probably more technical than you want, but in case it is of interest, the contract can be examined here: https://etherscan.io/address/0xf0cb4ad3b24a5aa73fe1d3604899a2ea86488a75#code. For example, multi-signature wallets and other full-featured/novel-featured wallets are implemented as contracts.

There is nothing obviously suspicious and no economically feasible way to reverse the transaction, so you got paid.

Not the answer you're looking for? Browse other questions tagged balances internal-transactions or ask your own question.

1
How do I spend ether from an internal transaction?

3
Does it make a difference for the receiver, if the sender was an ordinary account or a smart contract?
3
DAO withdrawal contract - executed but no ethers
3
Why is my balance not equal to the sum of inbound, minus the sum of outbound and fees?
1
Can anyone help me make sense of the balance on this Ethereum address?
0
What's identification mark for a internal transaction?
0
Web3js - Internal Transaction Data (Event Logs): Token Transfers, Contract Creations, & Internal ETH Transfers
0
Problem: Payment between smart contracts without reducing the balance of the sender contract