The gas limit can change overtime based on the targetgaslimit set by miners (this is geth terminology). The gas limit is capped with an upper and lower bound and can only be changed so much with each new block. So the gas limit can be dynamic, but generally there really is only gas limit at any point in time.

Often times blocks do not use all of the gas available in the gas limit. Blocks may only use a small percentage of the gas limit available. In your example - if the gas limit was 10,000 - then you could have blocks that use 10, 100, and 1,000 gas all in the same network.

This means that more transactions could have fit into the block based on the gas limit, however a miner found an appropriate hash to publish a block before it was full and sent it to the network. The miner is incentivized to publish this block as fast as possible to increase the chance of this block being accepted by the network and therefore receiving the block reward. For this reason, the miner publishes the block even though there is still room for transactions in the block based on the gas limit. 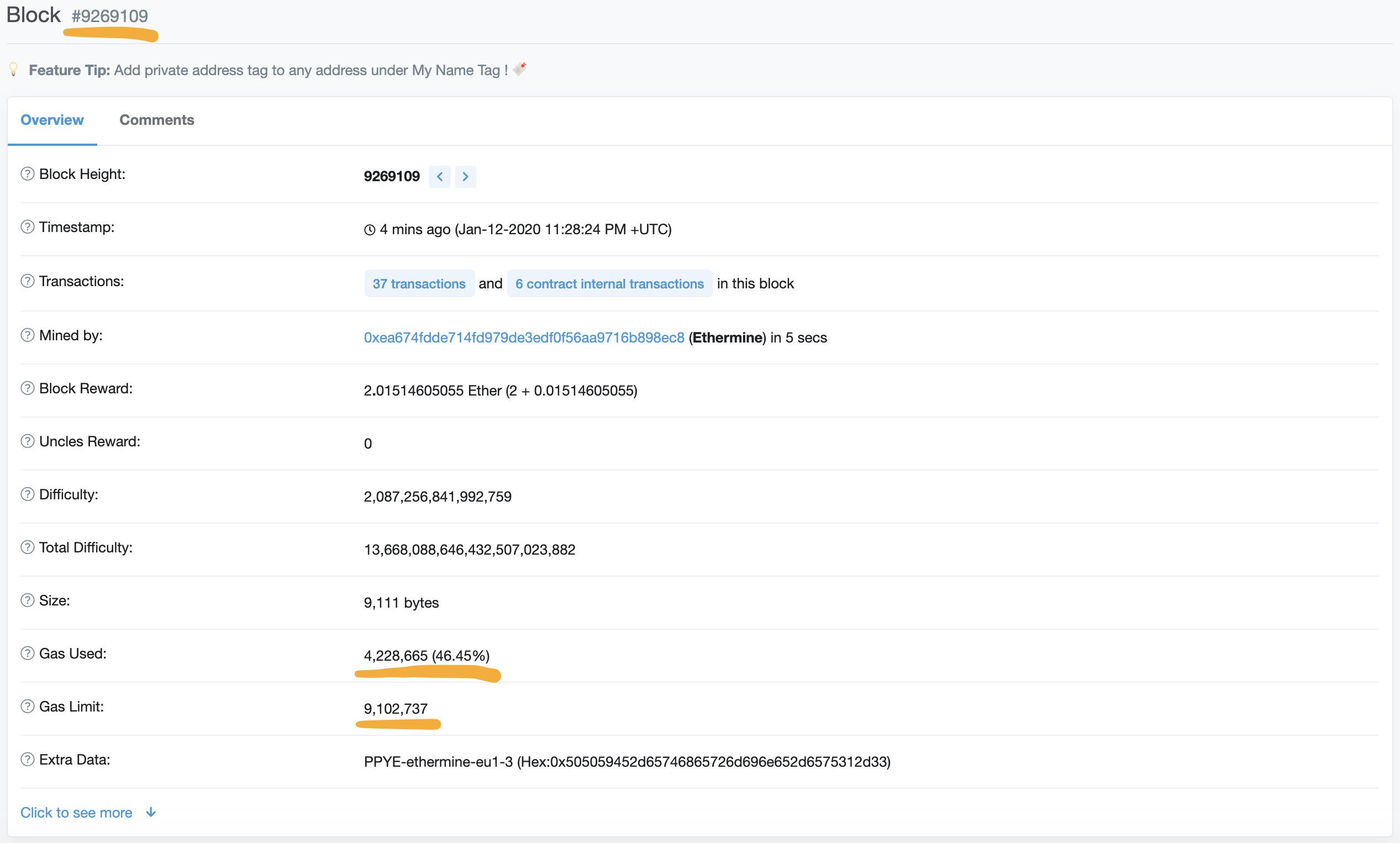 Not the answer you're looking for? Browse other questions tagged go-ethereum gas blocks private or ask your own question.

8
Private chain: Maximum size of "data" field in an Ethereum transaction?
3
web3.eth.syncing returns undefined||false for multiple minutes even syncing is done on the background
1
Ethereum gas limit issue while sending transaction from web3 client (private network)
0
Private Ethereum nodes crash after 2-3 hours
0
Integrity of old blocks in the blockchain
1
What should be the limit for miner to mine a block
2
Explain the relation between geth --miner.gaslimit and etherscan Gas Limit
2
What is the maximum amount of gas the Ethereum Virtual Machine can handle?