Actual behaviour and Steps to reproduce the behaviour My project repository -> https://github.com/xaviermaltas/quorumPrivateNetwork5Nodes

I'm using a 5 nodes example of a Quorum private network ( https://github.com/bacen/quorum-examples/tree/master/examples/5nodesRTGS ) with new keys. I have initialized the system using the instructions ./raft-init and ./raft-start.

After that I use the command geth attach ipc:"qdata/dd1/geth.ipc to open the Geth console and check the values of the network. (If you test it, you will see that there are 4 peers at the net and the initial number of blocks it's 0. Command to see all the information -> web3). It's also required for unlocking a geth account -> personal.unlockAccount(eth.accounts[0]).

Then, I deploy a Truffle project with 2 contracts using sudo truffle migrate --reset --compile-all --network quorumNet. At the Geth console it's available to see that the number of blocks have changed from 0 to 4. 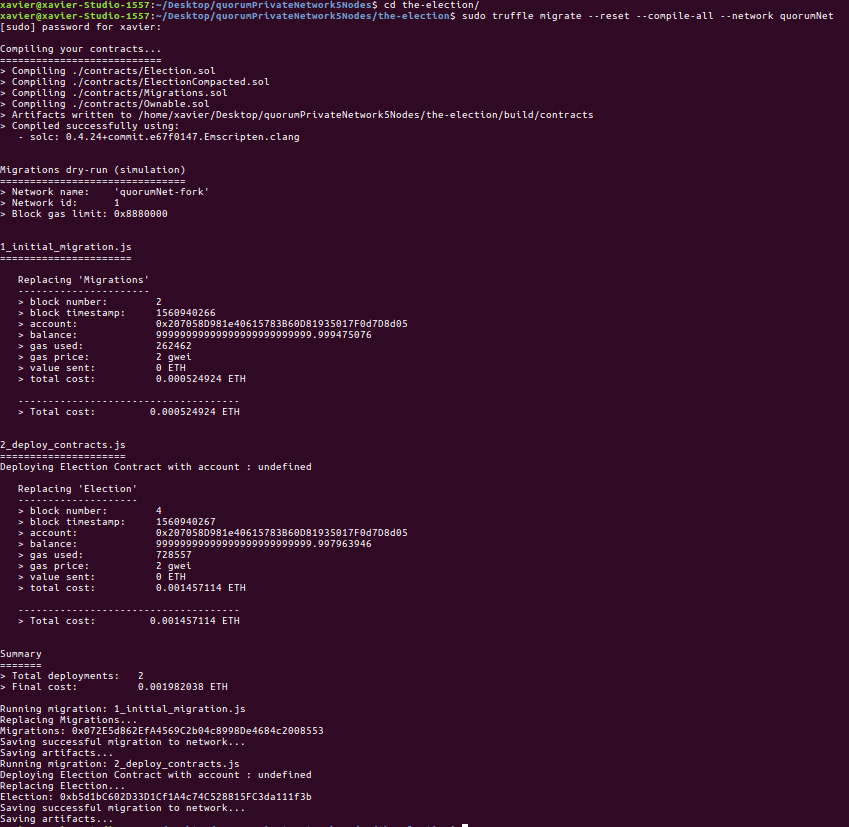 This Truffle Project contains a Votation Distrubuted Application with a Web App using Metamask plugin. (To bring up the web app use the command npm start. Introduce ethereum.enable() at the browser to connect Metamask with a private Network. Must add a new Custom RPC). 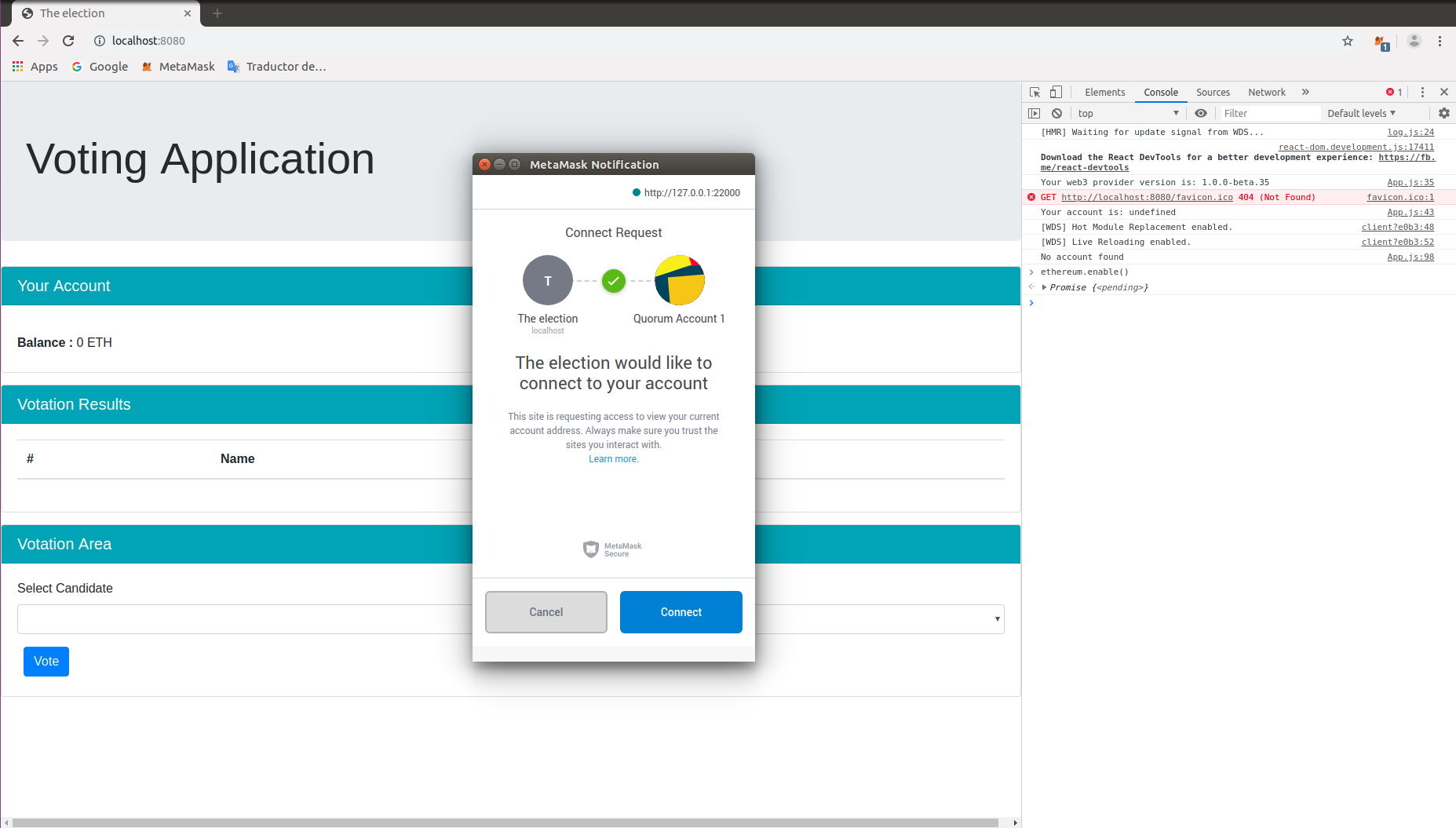 Using the web application and select a 'candidate' and press the 'Vote' button, the web app will interact with the contract and this will generate a transaction for being introduce to the blockchain.

The transaction is generated correct as the Quorum-Truffle guidelines, but transactions keep stack at the txpool of the network (able to check using again web3). 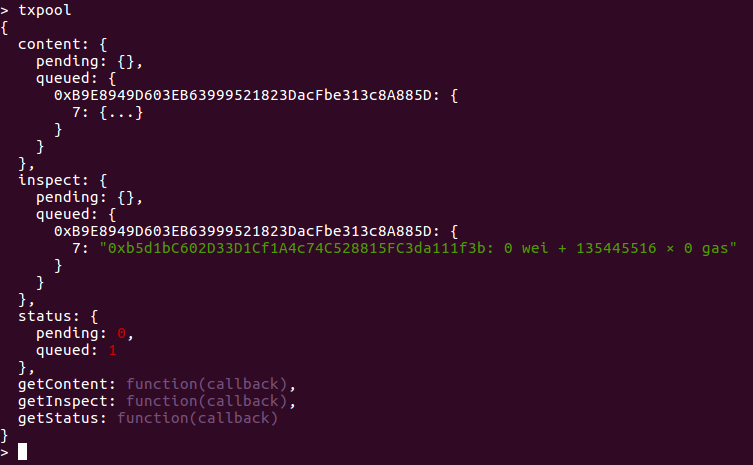 The transaction must be mined by all the nodes at the network and must be introduced to the Blockchain as a new block. (Increasing the number of blocks)

Browse other questions tagged private-blockchain metamask quorum or ask your own question.

2
Timely block times on private network
1
Regarding Ethereum Private Blockchain Network
0
Quorum: “read error invalid character 'P' looking for beginning of value” on private transaction
3
Truffle migrate stuck at first migration
0
Can a user communicate with a private ethereum network ( Quorum)?
0
Relation between the number of block and transaction rate in Quorum
0
Does Geth provide a private or public network?