I deployed a HelloWorld contract using web3j and it worked awesome with Ganache. I was able to call my only function from the contract and it returns the desired result all the time.

When I deploy the contract to a private node created with geth, the transaction appears in pendingTransactions list and it returns the address of the deployed contract shortly after starting mining, but I cannot call the funciton. It always returns 0x (tested with both geth console and web3j). As you can see it is there. 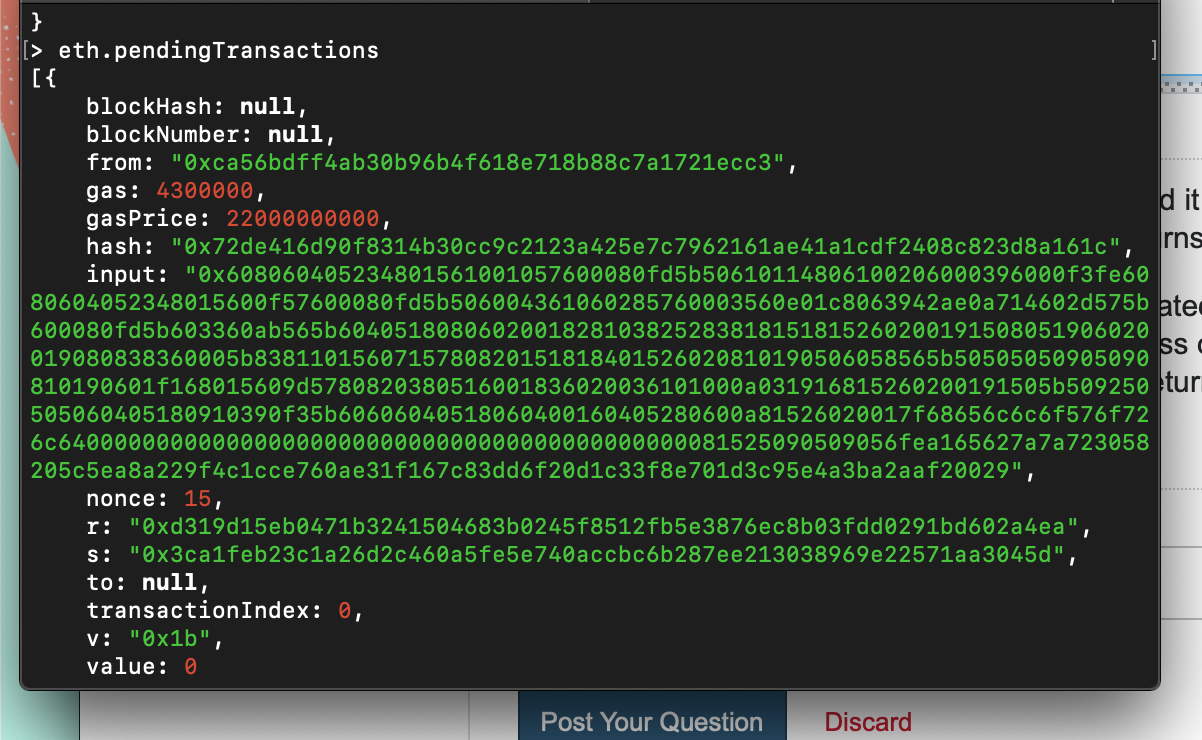 After starting the miner you can observe that it is successfully deployed:

This is the code that deploys the contract (it works with Ganache):

The problem is that every time when I want to call a function it returns 0x just like the contract is not there. I checked and geth manages to find the specific contract:

1) As you can see the contract is deployed(it appeared at pending transactions and was added to the blockchain after I started the miner. The idea is that the result of the method is still empty string not "helloWorld") 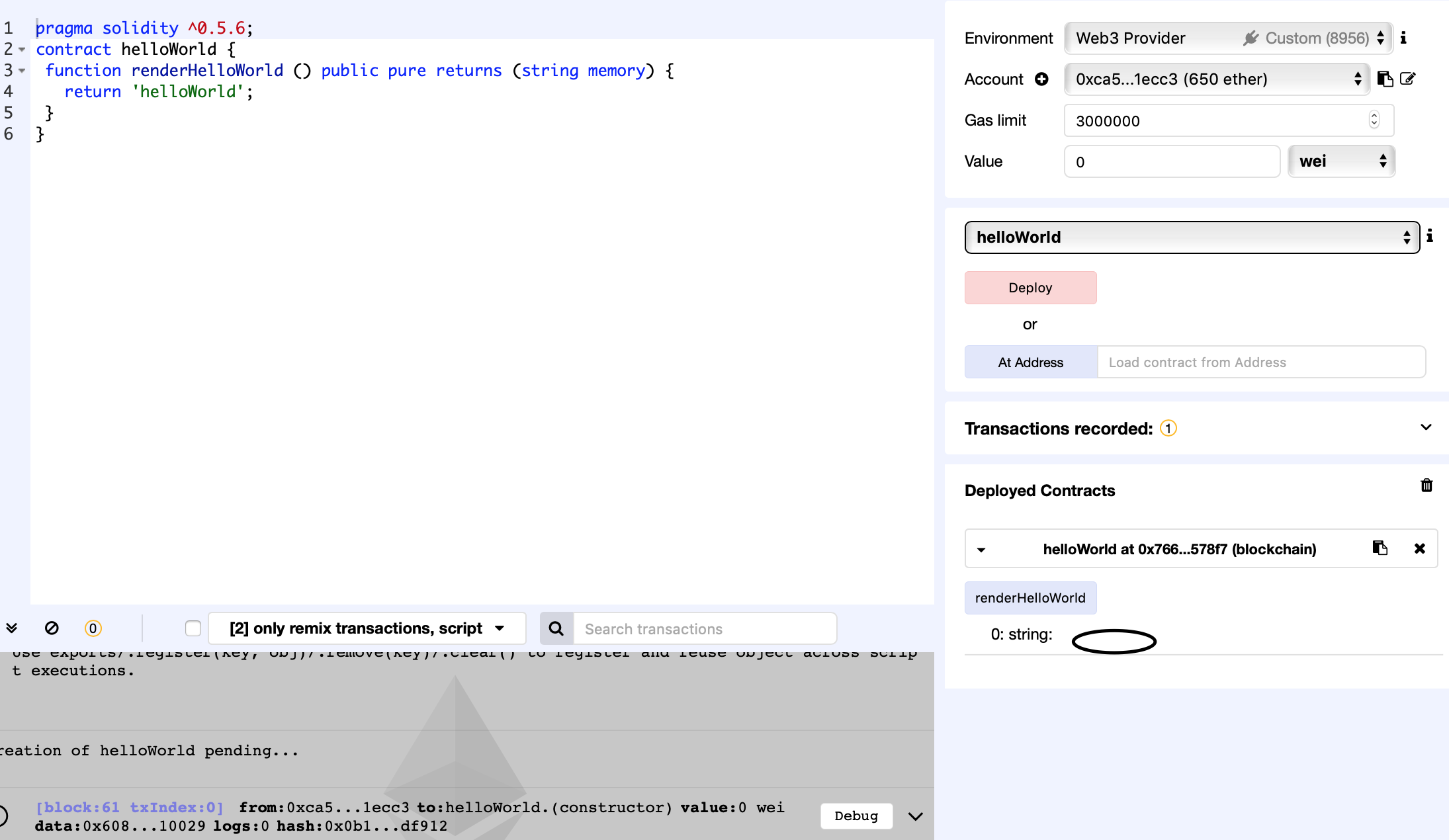 2) From Geth console it fails to cast the value to BigNumber. I read somewhere that this might be because the node is not synchronized and it doesn't know what value to return, so it returns empty value. 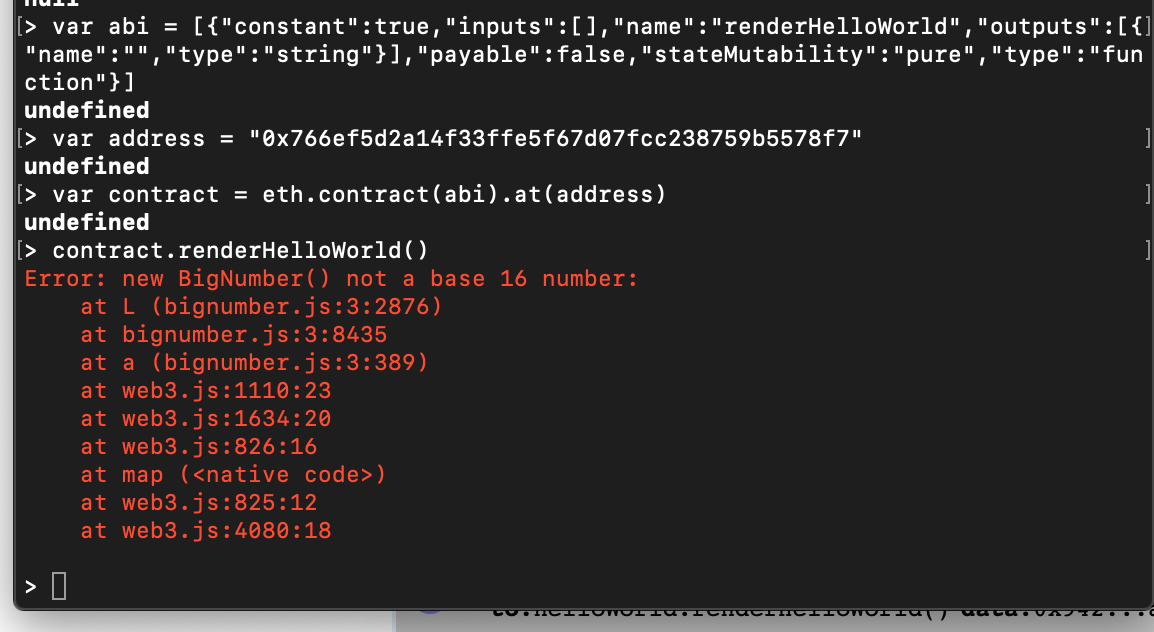 It throws an exceptions because the value returned is 0x and it fails to cast it:

TLDR, but here is a fundamental difference between Ganache and Geth:

When Ganache starts, it automatically unlocks the accounts specified in the command-line.

Geth doesn't do that, so you must unlock the accounts yourself prior to running any of your Truffle tests, by sending to Geth an "unlock account" command for each one of the accounts used in these tests.

Alternatively, you can sign each transaction with your private key before sending it to your Geth node. Other than for testing, this approach is actually the recommended one, because if somebody hacks your node then they can obtain your account credentials.

Not the answer you're looking for? Browse other questions tagged go-ethereum contract-invocation or ask your own question.

2
How do I know if my private net is using Byzantium?
2
Empty value (0x) returned from contract web3j

1
Parity with Geth cli - Calling contract function with ether
0
how to initialize a account in genesis.json file and fund it some money before mining?
4
How to generate the correct go-ethereum bootnode when creating a private blockchain
2
Why would Ganache behave differently depending on geth, web3j, web3js and web3.py?
0
Solidity contract runs on Ganache but gives runtime errors on Geth
2
web3j.ethCall returns null when retrieven contract variable