How do I verify and query my transaction? (Web3.py + Infura + Remix)

I've used buildTransaction() (which works at Contract.transact()) and I can see my transaction has taken place.

While doing so, I've used the abi and bin contents for calling BuildTransaction, i.e. contract_ = w3.eth.contract(abi=filecontents,bytecode=bincontents)

How can I check that the value I've tried setting through setGreeting has been updated in my contract constructor (whose address I haven't mentioned for calling setGreeting above)?

I know this is going to sound a little stupid, but it looks like you just copied that smart contract form another source?

So within the smart contract and even in remix where you deployed the contract you can view the contract. Just call the greet and/or greeting public getter. Honestly, you don't need both. As for doing it in web3.py, that's a different issue, but should be indicated in the documentation :) 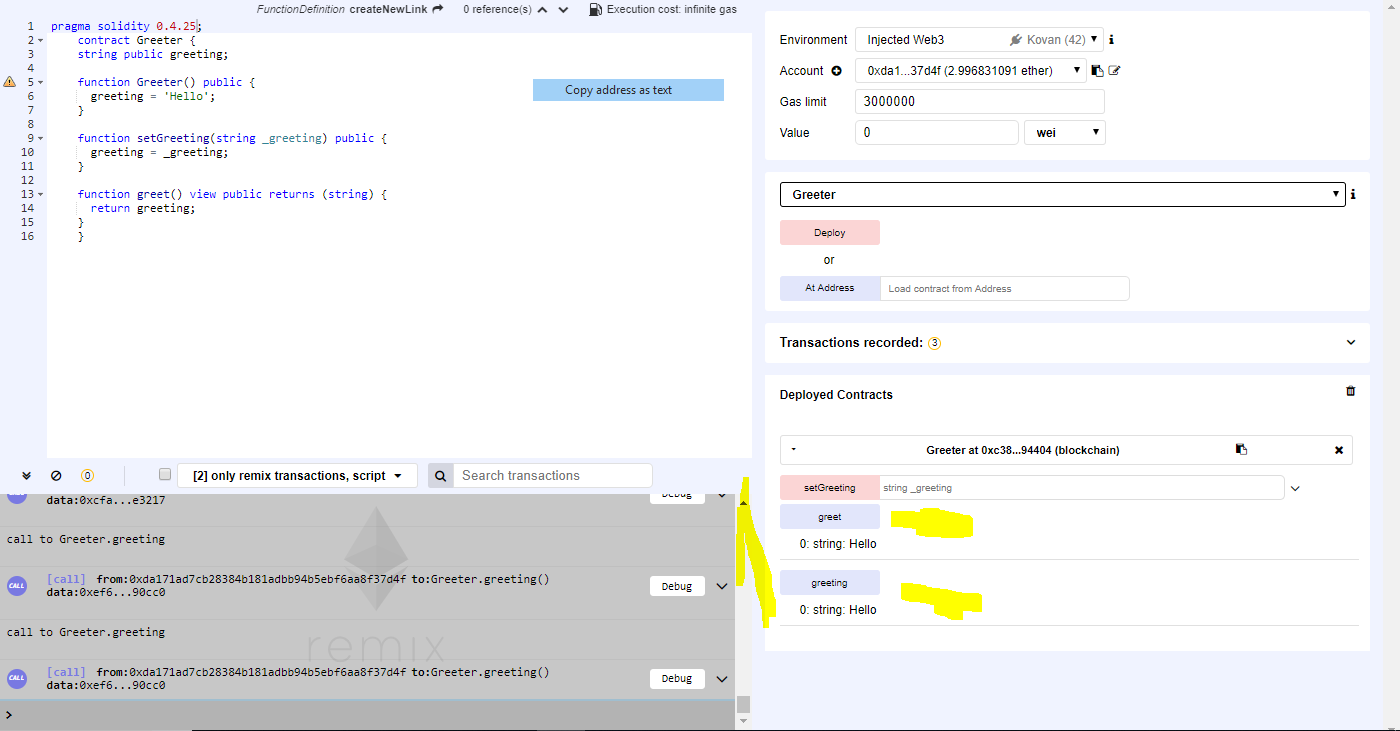 Equivalently in web3, the following commands are useful, now you could skip the creation process and just input the address of the deployed contract. You still need the abi of the compiled contract tho.

Not the answer you're looking for? Browse other questions tagged remix web3.py infura ethereum-classic or ask your own question.

3
Is there any way to see the txpool with infura and web3?
5
Cannot create filter on Infura via web3.py
0
A function declared payable is throwing a VMerror:revert in Remix
7
How to connect to infura and deploy contract use web3.py？
2
How do I send tokens with EthereumTesterProvider?
0
how to write backend for contract if you use infura ropsten metamask and remix
1
How do I send a transaction using web3.py and Infura?