how to get Token_Id from ERC721 smart contract

How do I retriever Token_Id of cryptokitties from ERC721 Smart contract 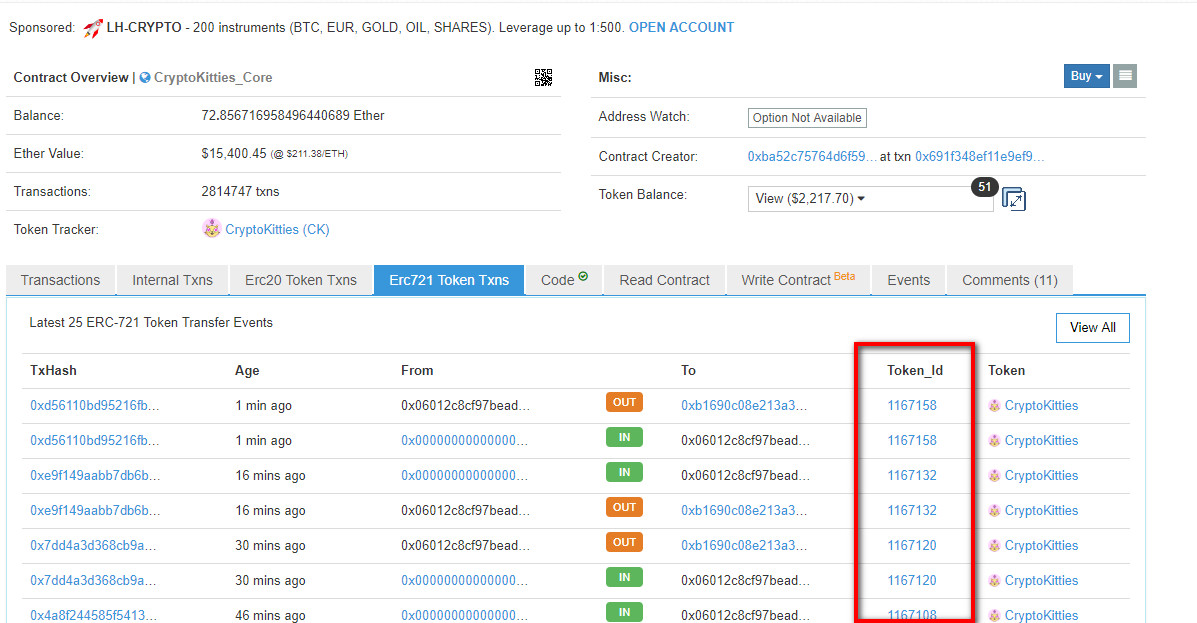 That Token_Id is the index of the Kitty instance in the kitties array, which, according to the comment in the published smart contract, represents:

The totalSupply() function in the smart contract returns the total number of kitties in existence.

This is the public interface: https://etherscan.io/address/0x06012c8cf97bead5deae237070f9587f8e7a266d#readContract. It's hard to understand what you're exactly asking, but that's what there is.

2
How to detect Ethereum ERC721 token
0
How to display a list of ERC721 items starting from a pubblic address
4
Distinguishing erc721 transactions from the response of txlist on etherscan
2
How do I obtain the transfer logs of an ERC721 token through Etherscan?
1
How to see value of NFT / ERC 721 token on etherscan?
2
approve + safeTransferFrom ERC721 from existing smart contract
0
ERC721 approve Smart Contract and send transaction from it
1
ERC 721 - How to determine ownerOf a specific token_id