Is it logical to use "Proof-of-Authority" for a "public" blockchain?

Proof-of-Authority is a replacement for Proof-of-Work, which can be used for private chain setups.

The chain has to be signed off by the majority of authorities, in which case it becomes a part of the permanent record. This makes it easier to maintain a private chain and keep the block issuers accountable.

PoA networks are well-suited to regulated industries where entities responsible for maintaining the network (authorities) need to be known, rather than remain anonymous as in mining-based chains like Bitcoin and Ethereum.

It is underlined to use Proof-of-Authority for a private chain.

What is the reason? And Is it logical to use "Proof-of-Authority" for a "public" blockchain, in sense of keeping decentralization?

According white papaper of bitcoin - 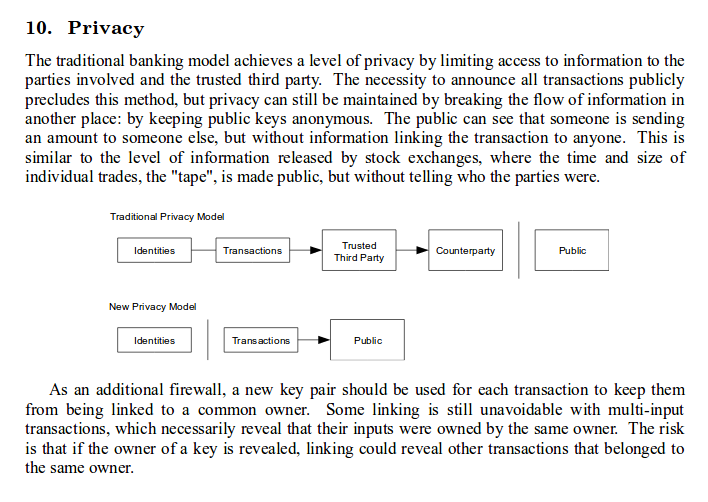 In Bitcoin or for any public blockchain privacy is maintained by not exposing which public key is associated to which user. So users can participate in the blockchain network without disclosing their identity. In PoA networks all the authorities need to disclose their identities while participating in the network.

Therefore, it is not logical and we can not use Proof Of Authority(PoA) as a consensus algorithm for public blockchain.

Not the answer you're looking for? Browse other questions tagged private-blockchain proof-of-authority decentralization anonymity or ask your own question.