How can I access a contract deployed by another (deployed) contract?

I am currently working on voting contracts modeled after a particular electoral system.

I have two contracts; namely

It is still a work in progress and I have not implemented all the functions necessary for a proper smart contract. I'm currently developing and testing the smart contract on the Remix IDE and Ganache (with MetaMask of course), but the issue I'm facing is emulated on the Rinkeby testnet. 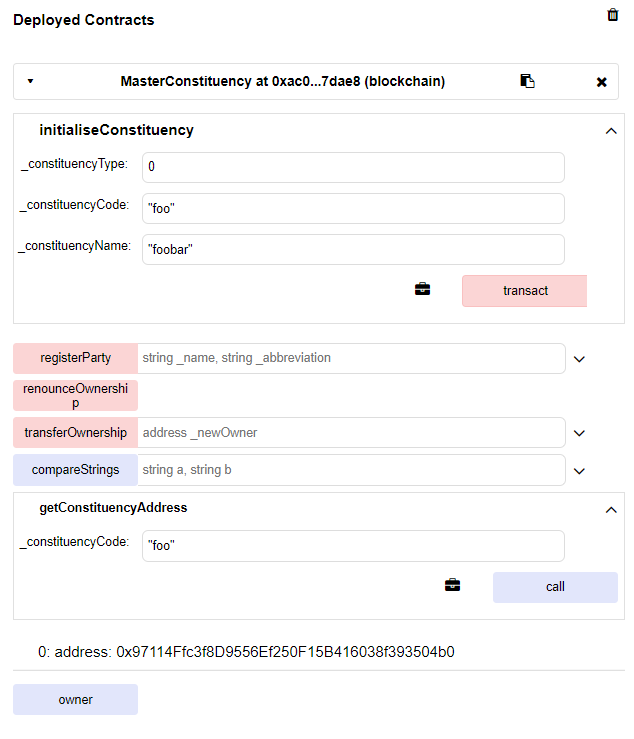 I load the retrieved BaseConstituency contract address in Remix, but this is what is shown instead: 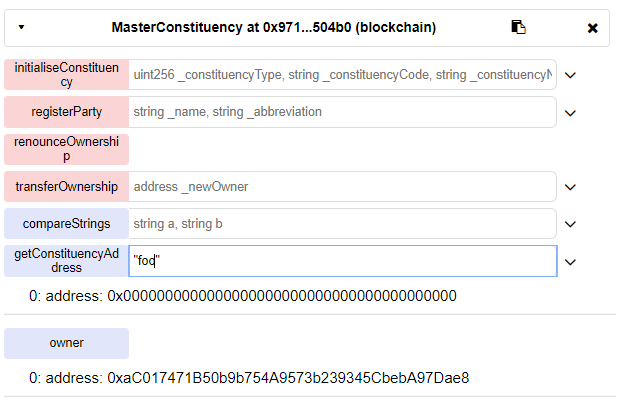 I was expecting to see something like this on Rinkeby Etherscan: 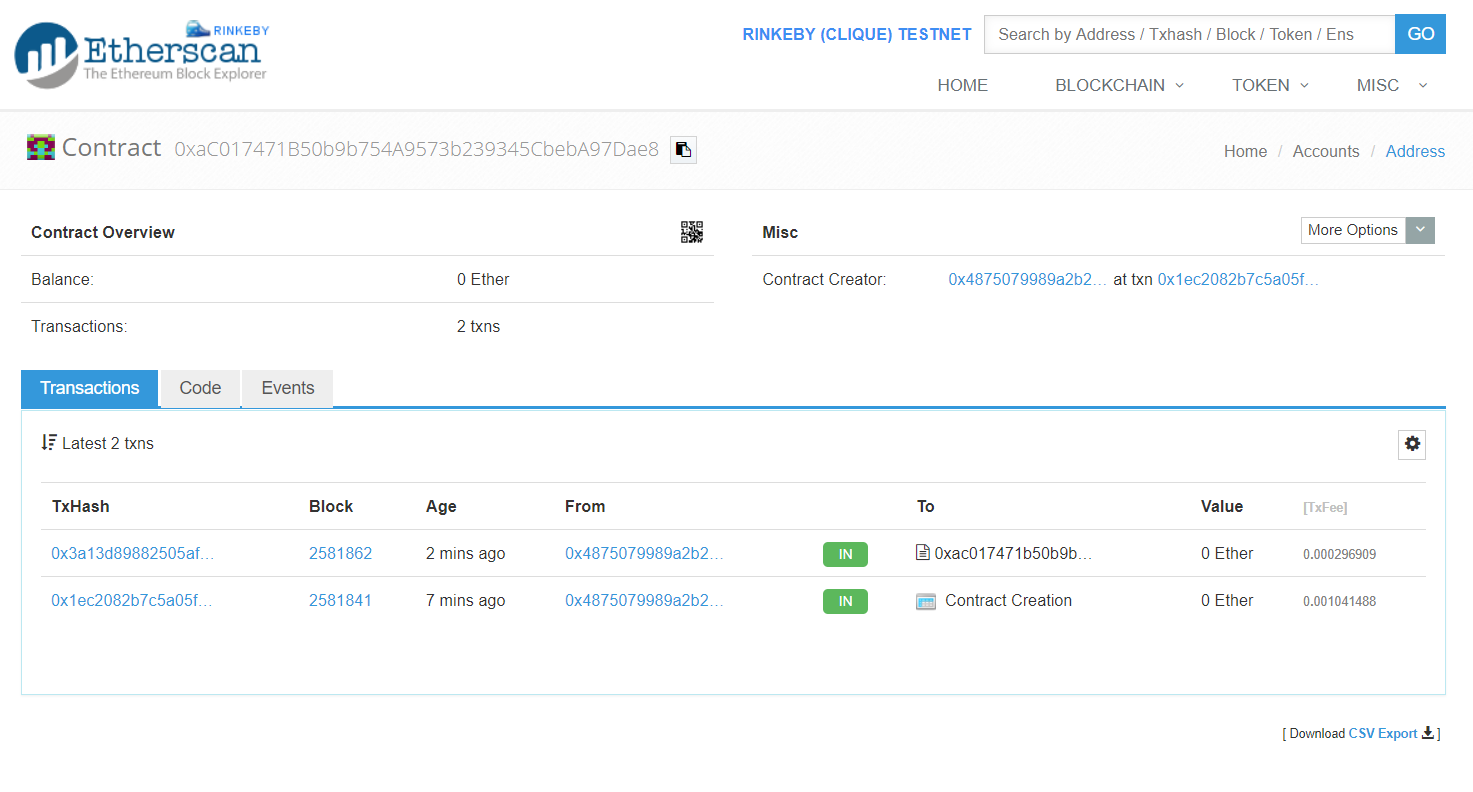 But instead, I see this:

I would like to know why this is so. Do I have to communicate through MasterConstituency to get to BaseConstituency? It is probable that my understanding of contract-to-contract deployment is erroneous, hence any recommendation or advice to my current design is appreciated.

P.S. I apologise for the very long post, but I believe a detailed description of the issue is the best way to go.

The answer is fairly straightforward.

Have the code for BOTH contracts in the remix code editor.

Be sure to select the correct contract from the drop down menu before clicking "at address".

Explanation: 2 items are requires to interact with a deployed contract: the address and the Application Binary Interface (ABI).

The ABI is a JS object which describes all method signatures available on the contract.

The ABI is generated by the compiler, so I'm guessing that remix compiles the code in the editor and uses the resulting ABI under the hood.