I have a local network in which I start each node with both the --metrics flag and the debug api enabled. So I can attach a console and retrieve the metrics by running, for instance

But I get unfortunately incomprehensible results as proved by this screenshot: 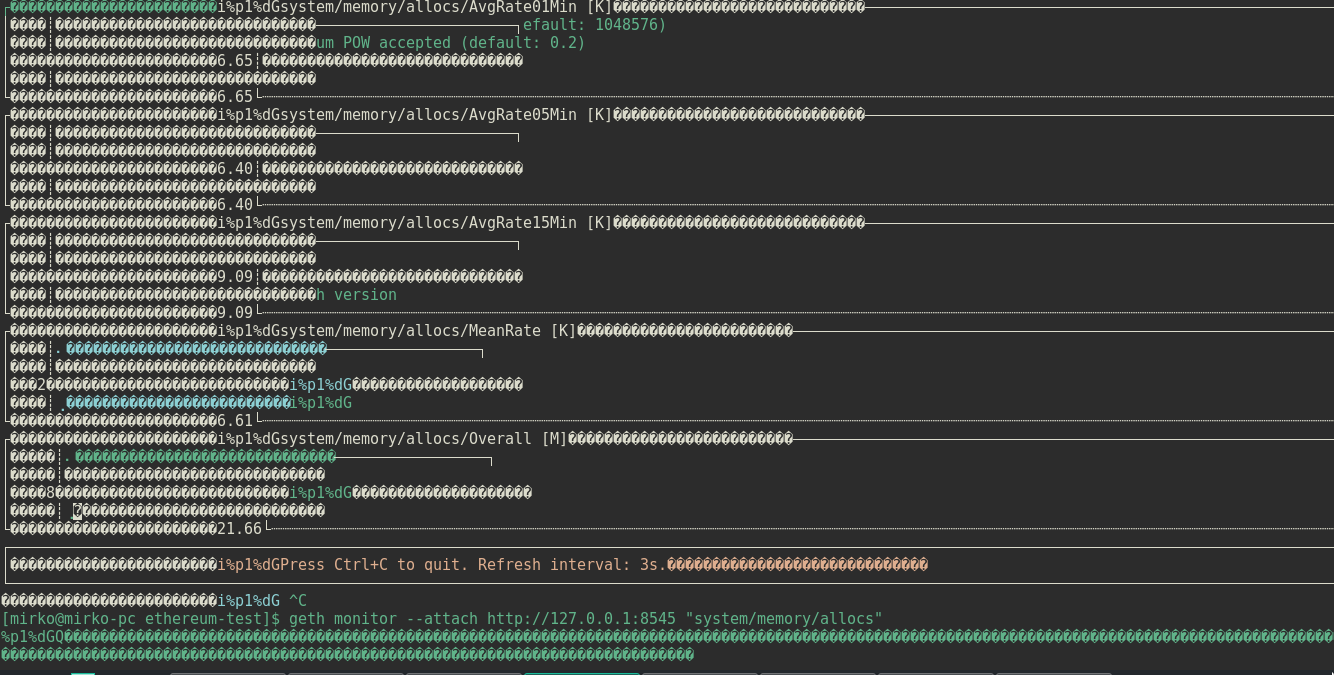 I think that this is probably due to the encoding used by the graphics. Therefore I tried with the majority of the encoding provided by my shell (KDE Konsole) but the result, remain always incomprehensible. (The Picture show the result with UTF-8).

Do one of you had the same problem, which is the right encoding to show the graph as in the documentation?

UPDATE I did try with Ubuntu and it works fine. Is it possible that I miss some packages?

Browse other questions tagged go-ethereum geth-debugging or ask your own question.

3
How to use geth monitor to view txpool metrics?