According to this answer, it says simpler variables like bool, uint, et cetera are not variable in length, and are therefore defaulted to memory, whereas this one mentions uint256 v; is default to storage. So I'm kinda confused whether the primitive types(int, uint, bool) used in the function is set to memory or storage as its default type. I know array is default to storage, ex: uint256[] x.

Anyone can clarify please?

storage memory local-variables
Share
Improve this question
asked May 24 '18 at 7:58

According to the development Solidity docs, the location of local variables within a function's scope appears to indeed be storage.

However, this would seem contradictory to the usage of the pure function modifier as the following function:

Contains completely valid syntax. The pure keyword is valid for functions that do not modify the contract's state or access it, meaning that the uint256 a is impossible to refer to a storage variable.

In order to validate the above assumption, I conducted a test with the following code snippets:

Testing those functions on my Ganache blockchain showcased a lower cost for the second contract snippet, which indicates that the uint256 k = 2 declaration is never stored within the contract's storage/state.

As such, the correct explanation is that only variables declared explicitly as storage or that exist outside a function's scope are in fact storage variables. 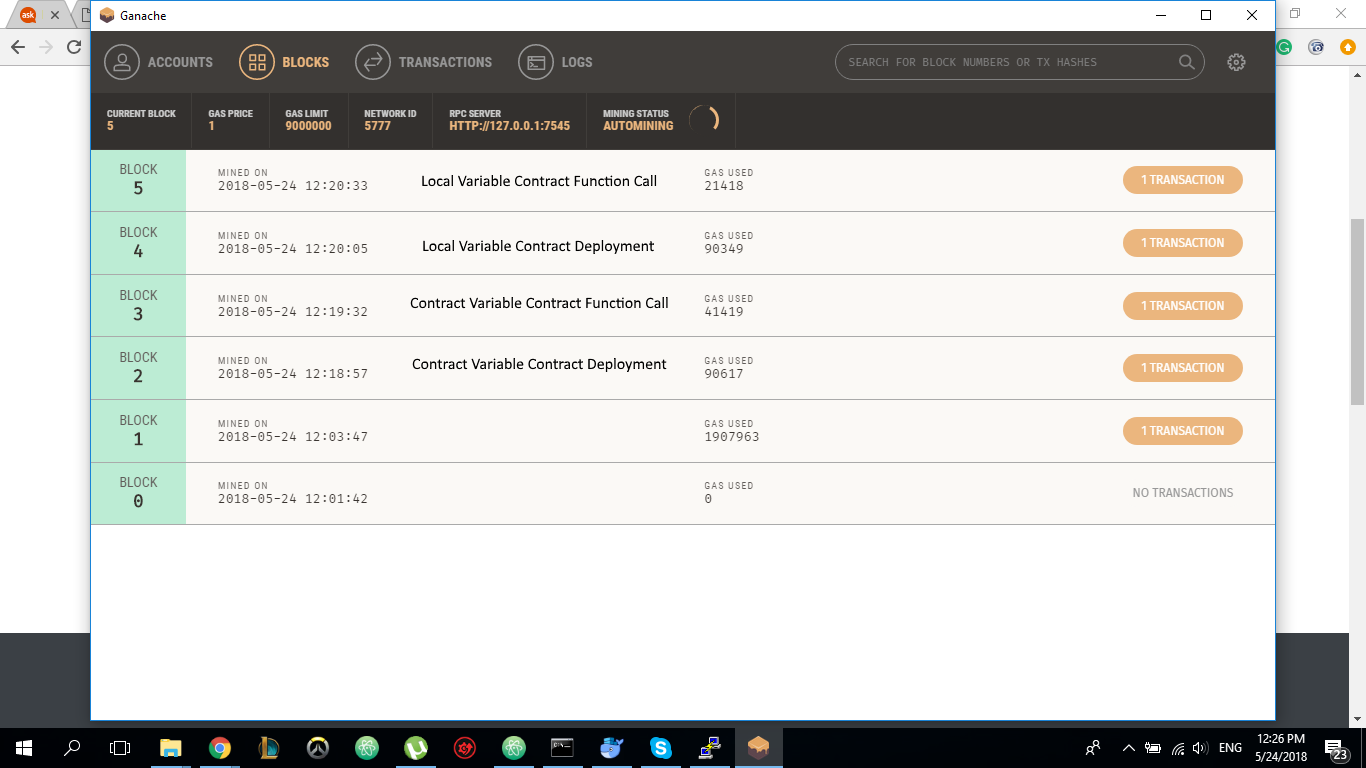 It is confusing indeed. The docs state that by default:

But variables defined in the scope of a function are not persistent (they are not accessible after the function is executed).

In terms of gas (using the code below) executing f will have a transaction cost of about 42K gas with execution cost of 20500, which is expected as we are storing permanently a value in storage.

But the following code:

Not the answer you're looking for? Browse other questions tagged storage memory local-variables or ask your own question.

18
Why are local variables allocated to storage instead of memory?
5
Variable storage or persistency