So this is a pretty huge problem I've run into once before:

Now I know private keys are generally supposed to be random 64 length strings but every once in a while (it's happened twice in around ~200 tests) I'll get this: 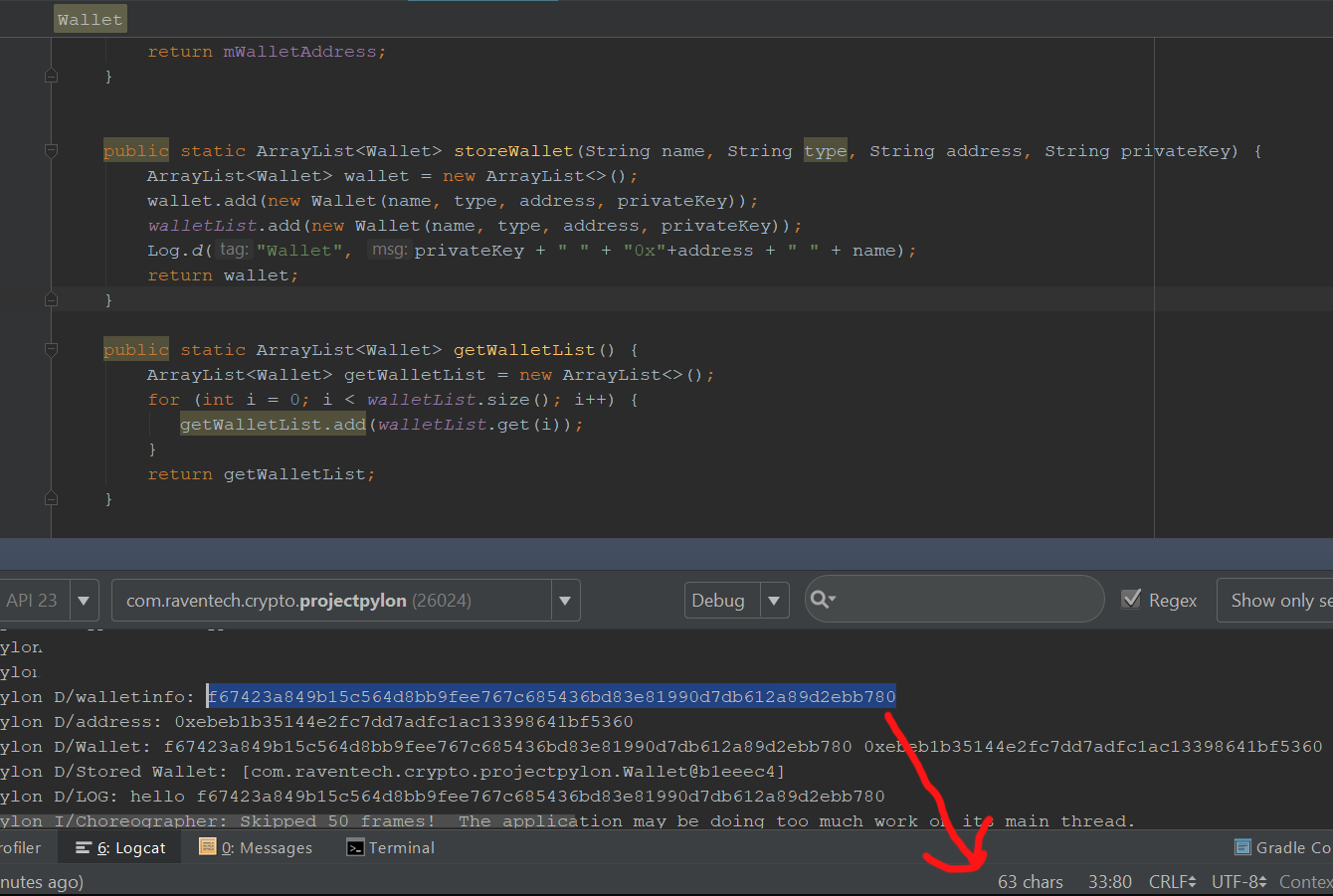 Note the sillyness here for 2 reasons:

1 - The key is triple verified as you can see in the logs, to be 63 characters

2 - a a 40 char length public address is still produced, which is weird because if it my private key was 63 characters how can that happen?

I consider this a serious error because if that were to happen silently and I were to trust it as good, there would be no way for me to sign transactions at all, much less import the wallet, the private key would be invalid. And the ether I would send to the public address would be lost forever.

The sinister part is that this all seems to check out as valid, at first glance. The key is only off by 1 char. I only happened to notice it as I was playing with the character counter on android studio's IDE.

I could run a check to make sure that the string produced is 64 char, but my overarching question is why does this happen to begin with?

If you picked a random number between 0 and 9,999, it would usually be 4 digits long, but you wouldn't be too surprised if every once in a while you got a result like 312 (only three digits).

A 63-digit private key is perfectly valid, so if you're having trouble signing transactions with it, that might indicate a bug in the code doing the signing. Perhaps you'll need to add the leading zero (e.g. turn "312" into "0312") to work around such a bug.

Not the answer you're looking for? Browse other questions tagged wallets web3j android or ask your own question.

4
Generating Ethereum Private Key,Public Key On Mobile (Android/Java)
1
How to store user private keys and details
1
Transferring Ether out of paper wallet
1
Using Web3j to load a smart contract, how do i specify my credentials?
0
how localethereum works with its browser wallet
0
web3j-android error: static interface method calls are not supported at language level 1.7
1
How to generate a seed for multi-currency wallet?
2
HD wallet public to public key derivation and non-hardened keys
0
Mobile android app that can import a Metamask private key?
1
Retrieve public key of an address to verify off-chain signatures