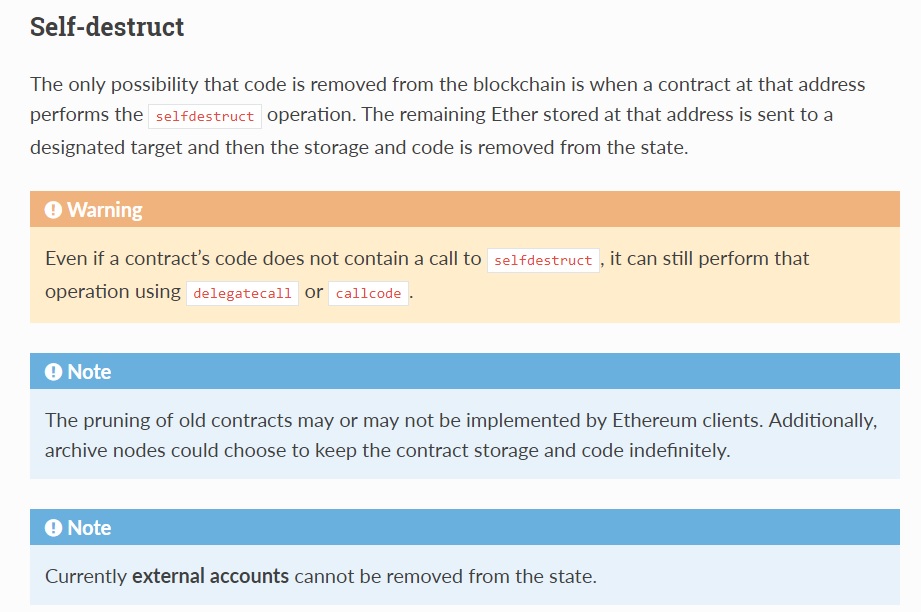 11
How to steal eth using delegatecall and selfdestruct
30
How does the delegatecall method work to call to another contract's method?
1
Removing / Unlisting Smart Contract from Etherscan.io

1
testrpc throwing error "This has not yet been implemented"
3
What is maximum limit of GAS in a smart contract
1
How to check that MyToken has been sent from one address to the other address?
1
How to prevent the code of my contract being used in a CALLCODE?
1
In Solidity, Is there any situation, when string is necessary?
2
how to call "selfdestruct" if not written in contract, as documentation says its possible
0
How do I activate selfdestruct() once my smart contract is deployed?