Stack Overflow for Teams is moving to its own domain! When the migration is complete, you will access your Teams at stackoverflowteams.com, and they will no longer appear in the left sidebar on stackoverflow.com.

Check your email for updates.

I am expecting a linear relationship between difficulty and hash rate. If I generate a scatter plot between the two variables I can see a linear relationship, but also values that are not on the line (in red frame of figure). I tried to correlate this with protocol changes, but this was not successful. Why are this values of the line? 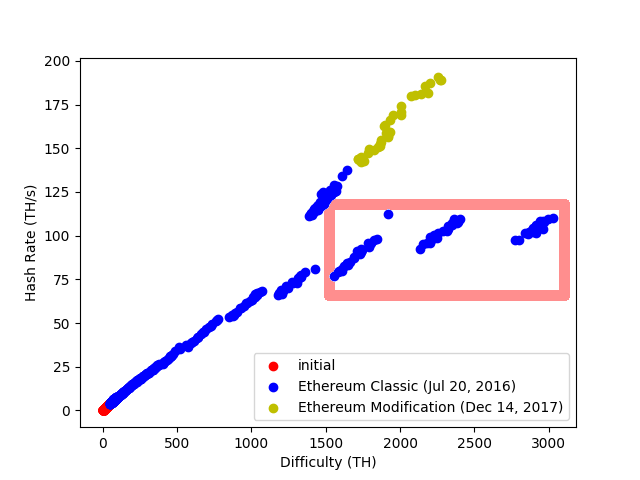 The data is borrowed from https://etherscan.io/charts The information about the forks I have found here: http://list.wiki/Ethereum_Forks

Without looking in too much detail, I'm going to speculate that it's due to the difficulty adjustments related to the originally planned Difficulty Bomb. (See: What is the "difficulty bomb" and what is the goal of it?)

The EtherScan chart to look at would be the one showing how the block time increased in a series of steps (due to the increased difficulty), up until the point of the Difficulty Bomb's cancellation (EIP-649), which is when it shifted back to your yellow path. 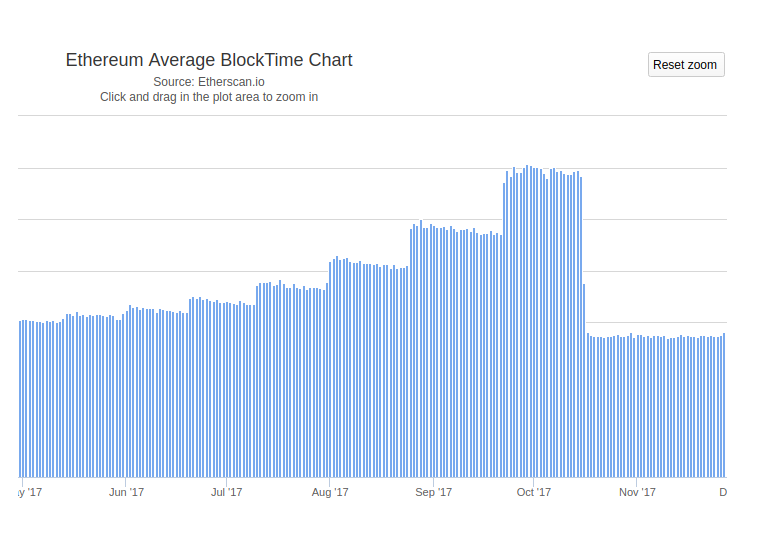 25
What is the "difficulty bomb" and what is the goal of it?