What is Swarm and what is it used for?

Both Swarm and Whisper are complementary technologies contributing to the vision of Ethereum as a "world computer". When imagining Ethereum as a metaphor for a shared computer, it should be noted that computation alone is not enough. For a computer to be fully useful, it also needs storage to "remember" things and bandwidth to "communicate" them. This could be summarised as such: 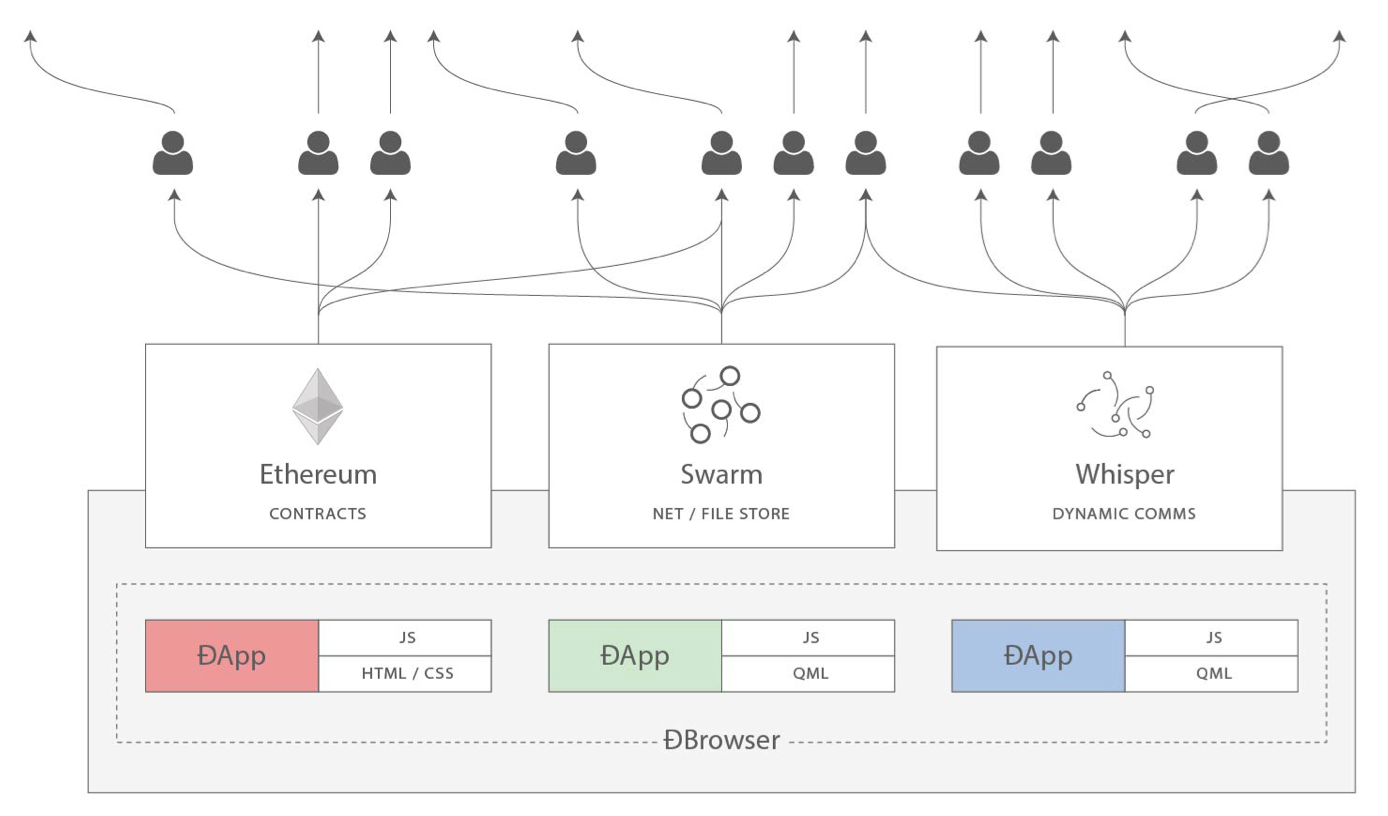 More specifically, Swarm is being designed as an accounting protocol that benefits from the automatic execution of so-called "smart contracts" running on the Ethereum Virtual Machine (EVM). This accounting protocol is independent of the physical storage mechanism. That is, it is not intrinsically tied to a specific storage system. It could be IPFS, BitTorrent, or some future technology not yet invented.

It is not entirely clear where Swarm and Whisper fit into the development roadmap and when or if they will be delivered by the same developers that developed the EVM, however it is part of the vision of a fully decentralized web.

Not the answer you're looking for? Browse other questions tagged storage whisper swarm hosting bzz or ask your own question.

126
What is a DApp?
50
What is Whisper and what is it used for?
22
What are Storj and Sia and how different are they from Swarm and IPFS
21
Are Whisper and Swarm still being developed?
10
How to list all the contracts currently on the blockchain?
5
Stack Exchange Structure Using Ethereum
4
Syncing filled all my space, where is the data and how do I remove everything as clean as possible?
4
Deploying Meteor Dapps
2
Is web3 completely decentralized?
3
How do the ethereum components work together
See more linked questions

21
Are Whisper and Swarm still being developed?
10
How to access files hosted on swarm?
6
How does one enable and use SWARM demon & Whisper messaging functionality provided by Geth 1.5?
4
What are the differences between the incentivisation systems for Swarm, IPFS and STORJ?
2
Does Swarm architecture supports streaming video files
1
Using EVM or Swarm for datastore
2
When should I use Whisper or PSS over Traditional Message Channel like AWS SQS?
2
What is the current state of Swarm and Whisper?