Can not verify contract on etherscan.io "Error! Unable to generate Contract ByteCode and ABI"

I'm trying to verify my deployed contract on etherscan.io

However I get the following error:

I'm not putting in an ABI because my constructor doesn't have any values or arguments.

What am I doing wrong?

Below is my contract code: 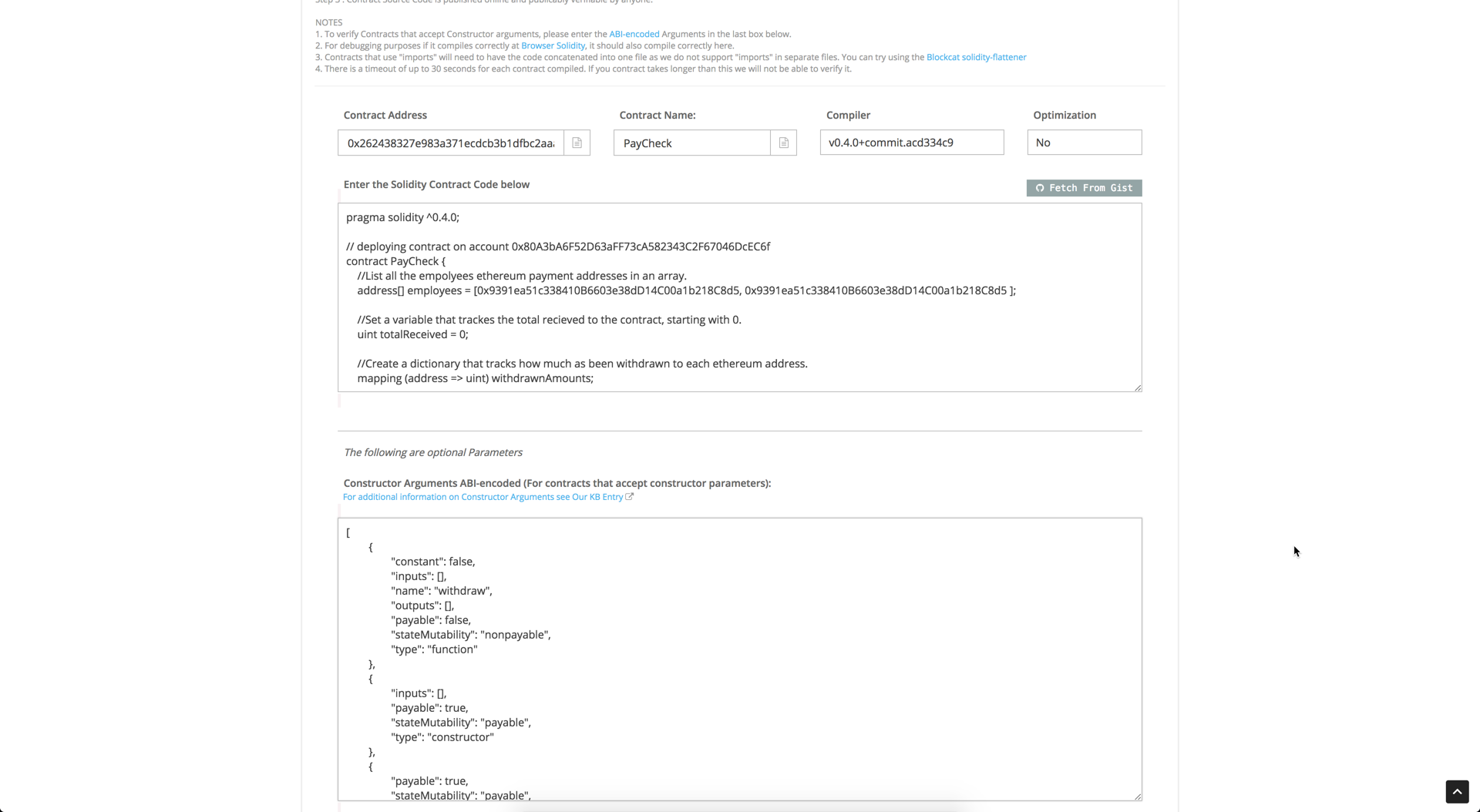 You need to select the compiler and set optimization to match the method you used to compile the bytecode that is actually deployed. Here, ^ confuses matters because it could be anything 0.4 or higher.

You can test your actual compiler, but the method to do so will depend on what you used. For example, solc version or truffle version. Etherscan is going to compile the pasted source as instructed and compare to the bytecode it actually finds on the chain at the address you specified. When there's a match, it will record it and indicate the source you pasted is legit.

Not the answer you're looking for? Browse other questions tagged solidity contract-deployment remix or ask your own question.