Whilst syncing a new full node using the geth comand "geth --syncmode full", every other line after a few hundred blocks I see the following:

This has continued all the way to ~1.6M blocks synced. 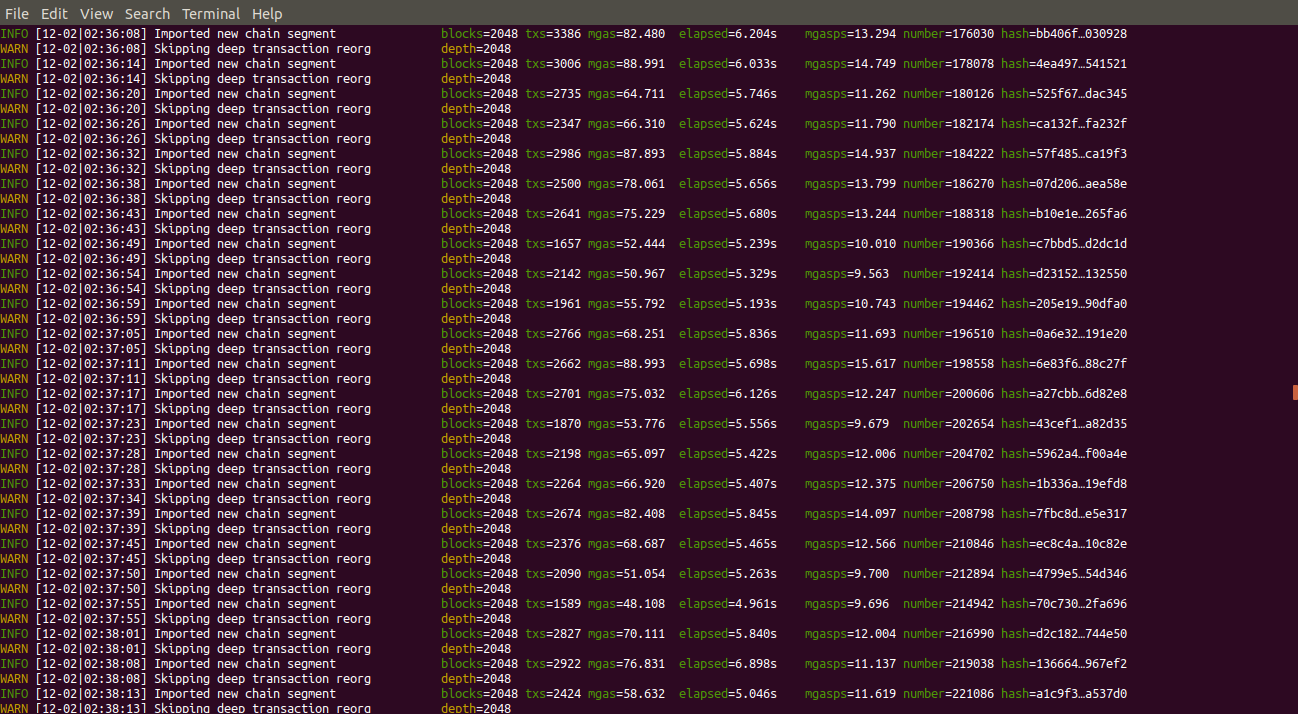 Is this a problem? Is it a security issue? Does it represent a 'bad' peer, a sybil attack, or something far more benign?

Manually add some well-reputed peers/bootnodes. The following guide runs through how to do this using geth, either via IPC or a config file: https://github.com/ethereum/go-ethereum/wiki/Connecting-to-the-network

A reorg is done only if a block being imported on a side fork leads to a higher total difficulty on that particular fork than the canonical fork. The blocks nonetheless still need to be valid.

With Ethereum having a short target block time of 15s, this actually happens naturally rather often. Because it takes time for the blocks to percolate through the network, it’s easy for different parts of the network to have a different final block (or two, or perhaps even three) in normal operation since the miners often come up with them at roughly the same time. This is what we might call ephemeral forking.

When a re-organisation happens, or put another way, when the network reaches a more global consensus that it had earlier and a fork is resolved, the nodes that had the now out-dated chain “reorganise” their chain, throwing away the recent and no-longer canonical blocks. Transactions are reverted and others executed to get in line with the other path of the fork.

When chain reorg occurs in Ethereum, the common way is first find common block, insert the block with the more total difficuty, and keep the transaction within the old chain but not within the new chain back to txpool. You can read more about Chain Reorganisation issues here as well.

Not the answer you're looking for? Browse other questions tagged go-ethereum synchronization security geth-debugging chain-reorganization or ask your own question.

1
Geth is stuck syncing
2
Full Synchronisation with Geth Repeated Tree Node Error
0
When running geth to sync a full node, what is the meaning of cache and handles?
0
geth gets stuck at IPC endpoint opened
1
Geth not syncing
5
How can we add new nodes under PoA?
0
Getting Fatal: Error starting protocol stack: Genesis not found in chain
1
Copy Geth full node onto external drive then continue syncing
2
Full Node Bigger Than Online Reports?