I began by trying to follow the article on front running bancor with Python. I thought it would be easy to send an api request to my full node then replicate the same request in Python--all following the tutorial. The only difference was that the author used Geth and I am running Parity. The inability to figure out how to use JSON RPC has led me down a rabbit hole. I don't really know (1) what I'm doing wrong or (2) if I even conceptually understand JSON RPC at this point.

Howevever when I run it with localnode connected to parity I only get:

I found the Parity JSON-RPC API documentation and realized the formatting is different.

So I reformatted the curl command to look like this:

I solved the Content Type error but then got a null result:

Then looking at this stack exchange article I realized that Parity has it's own Web3 console. So, I thought maybe I don't have to use curl at all, and can just run.

and I still get null return. 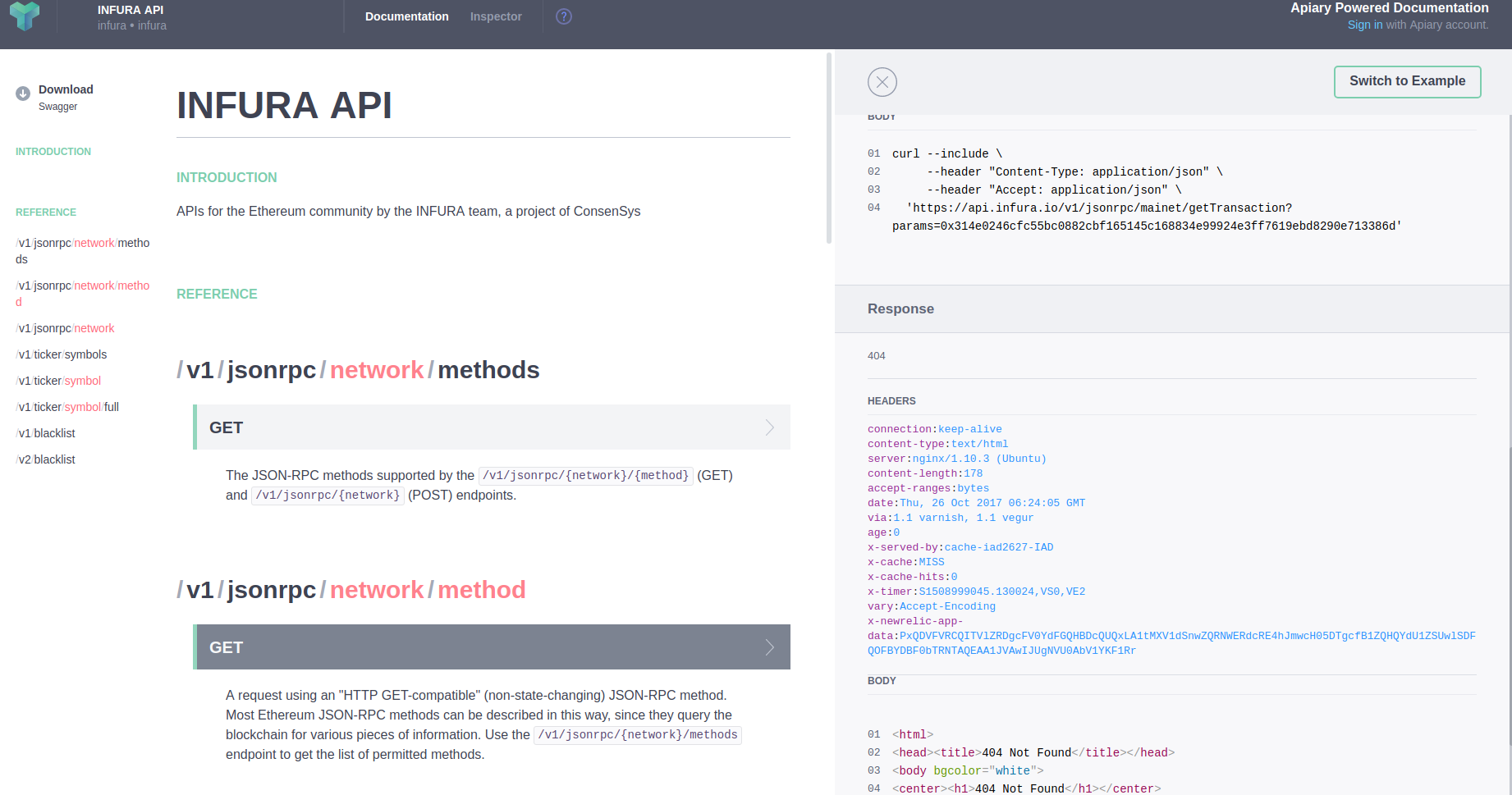 I really want to understand what I am doing wrong but I don't know where exactly to find the resources to teach myself, and feel a little stuck. Thanks in advance for anything that can point me in the right direction.

The call you provided seems proper, and it works on my local parity - you might've had blockchain not completely synced up.

Not the answer you're looking for? Browse other questions tagged web3js parity json-rpc infura or ask your own question.