Token not found on Etherscan after Deploying Crowdsale

I am deploying contract that creates a token and a crowdsale, based on code slightly modified from zeppelin-solidity.

Problem: After deploying the contract to Rinkeby using Truffle and Infura, searching the Contract Address 0x9B4b8583048D77F7CDc5c665f138E6dbce1e37Ba on [Etherscan's ERC20 Token Search][2] gave the result that no token is found in that contract address!

However using0x09451e7df77a32f4b35858385b96ddd0a4e2bff2 in Metamask Add Token feature does not add any Token. Etherscan's ETC20 Standard Token Explorer also does not find any valid Token at the contract address.

*** Adding a new answer as my previous one does not reflect the current state of the question.

What you need to look for on Etherscan is the contract address for the SampleCrowdsaleToken that gets created inside the Crowdsale token.

You'll have to deploy the Crowdsale contract and then findout the address to which the token was deployed.

From the output of truffle migrate posted in the question, it appears that only 2 contracts were created, 1 for the truffle migration (from 1_intiial_migration.js) and one for the crowdsale (from 2_deploy_contracts.js). Is there supposed to be a third contract created for the token? I cant seem to find a third contract.

Focus on the Crowdsale contract that was deployed. Inside this Crowdsale contract, the createTokenContract method is instantiating your Coin contract, actually deploying it to a new address. That address is the one you must inspect on Etherscan to find your token.

Here's a step by step guide to search the token contract. It's based on exactly the same code you posted and available on Ropsten testnet:

2- Go to "Internal Transactions" tab, this will show transactions made by internal contracts. https://ropsten.etherscan.io/address/0xb40b859107e7e788895f06fffdbb8db7777dcb9e#internaltx It will initially show 1 transaction, which is contract creation (that's the Coin contract that Crowdsale contract deployed). Mine will show 2 transactions as I already bought some tokens.

3- Click on Contract Creation transaction. It will redirect you to the address to which the Coin was deployed. That's your Token address https://ropsten.etherscan.io/address/0x50729cd2a36984b6ee6757755eb59ae2f87a7d20

5- The following screen will show after you make at least 1 transaction with your Token (For example, use Metamask to send ether to the Crowdsale which will trigger the fallback function of the Crowdsale, which calls buyTokens(). Even if you didn't make a transaction you should be able to see the state variables of your token, such as name, totalSupply, etc.

If you did everything correctly, you should see this: 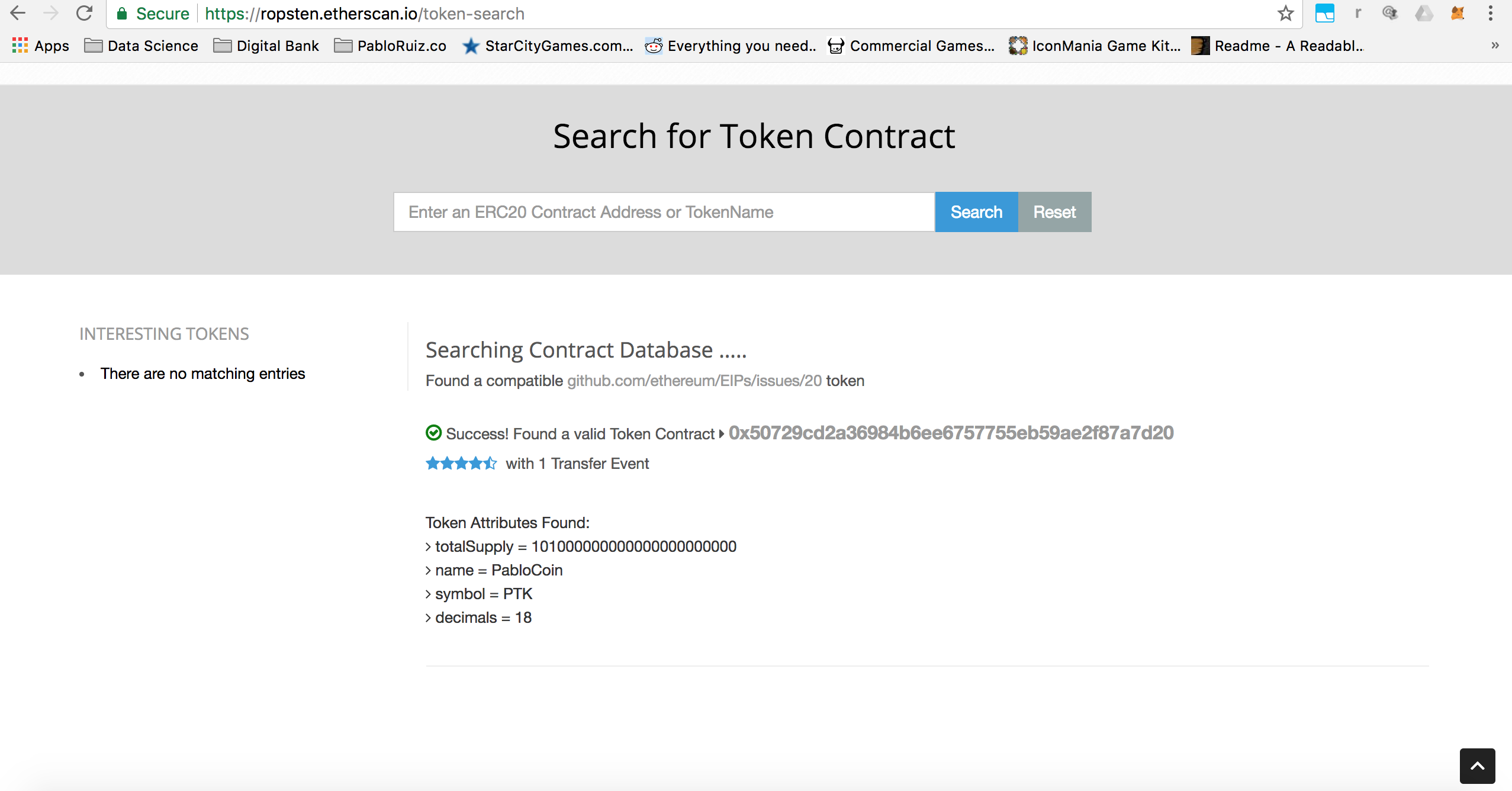 It seems you are not overriding the Crowsale's function that handles the token creation.

This is the function as it appears in Crowdsale.sol

You should override it in your SampleCrowdsale implementation:

Not the answer you're looking for? Browse other questions tagged solidity truffle truffle-migration infura openzeppelin or ask your own question.