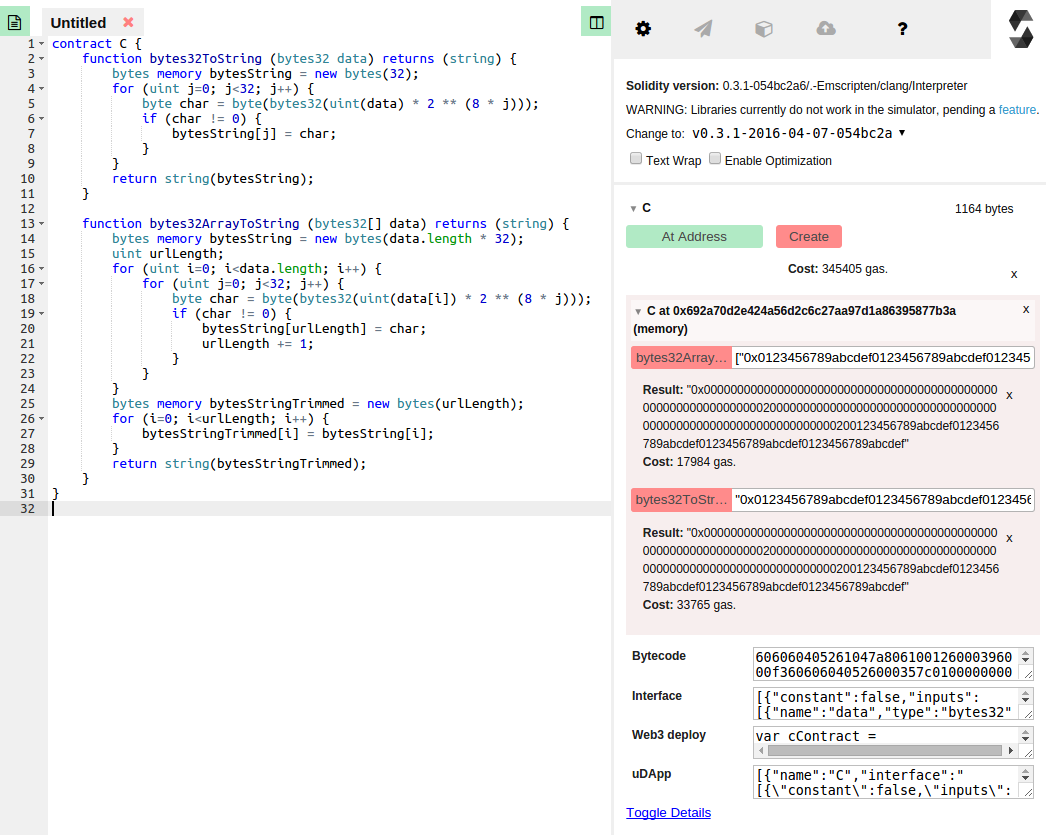 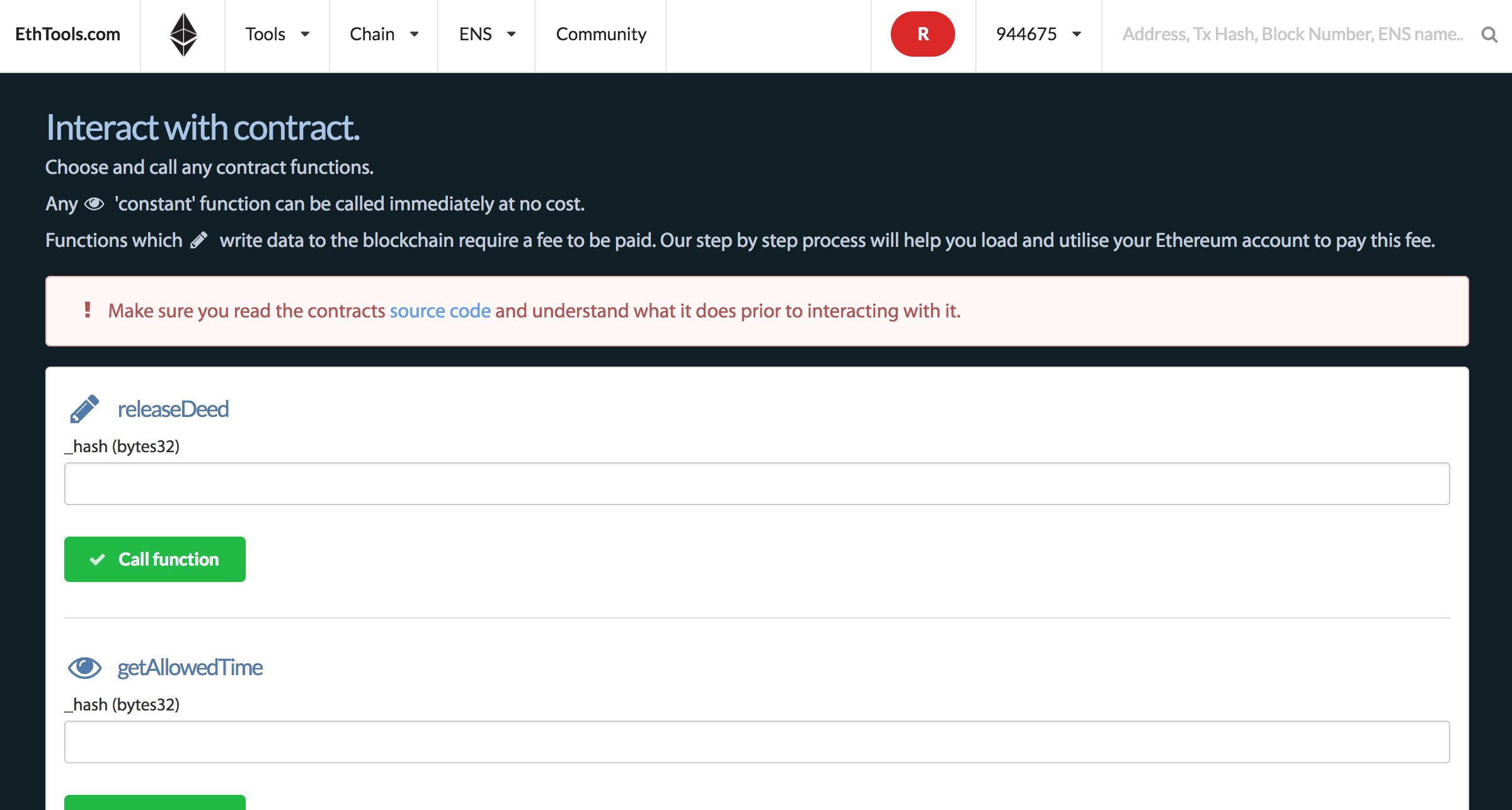 1
debugging solidity contract geth
144
What is an ABI and why is it needed to interact with contracts?
85
Difference between CALL, CALLCODE and DELEGATECALL
63
How to concatenate strings in solidity?
40
How to convert a bytes32 to string
21
Conversion of uint to string
23
Pass a function as a parameter in Solidity
23
How to pass arbitrary bytes to a function in Remix
30
How does the delegatecall method work to call to another contract's method?
8
Basic example of interaction between 2 contracts?
See more linked questions

26
Truffle deployment on test network says: Error: exceeds block gas limit
0
convert enum members to string
3
instance.balanceOf(...).call is not a function
1
remix does not populate all functions
1
How to store 32 input parameters in a single solidity function with data types being string and bytes32?
0
Can I automate the truffle (smart contracts) test scripts?
0
How to test Uniswap contracts locally?