So user a and user b both call a function (transaction) on a deployed contract with the code as bellow.

Will the part in "do something" always get called and if not, how can I make sure that it will. Or should it be split in two, setting the number and another transaction or call to execute the code in "do something"?

I have a contract with a similar setup and 90% of the time it works but theres also that 10% where the transaction clientside does not error but when I look at the state of the contract only numberA or B is set.

So I'm using truffle to call a deployed contract. PlayerA and PlayerB are simultaneous calling the contract. If I just rely on a successful transaction and don't explicitly check the state only the state change of one player is actually persisted. I use two different browsers for each player. The following pseudocode is used to call the contract and then check the change. Retrying after checking if the change actually is present does get the others player number in the contract and then the dosomething part is called.

Output of Player A:

Output of Player B: 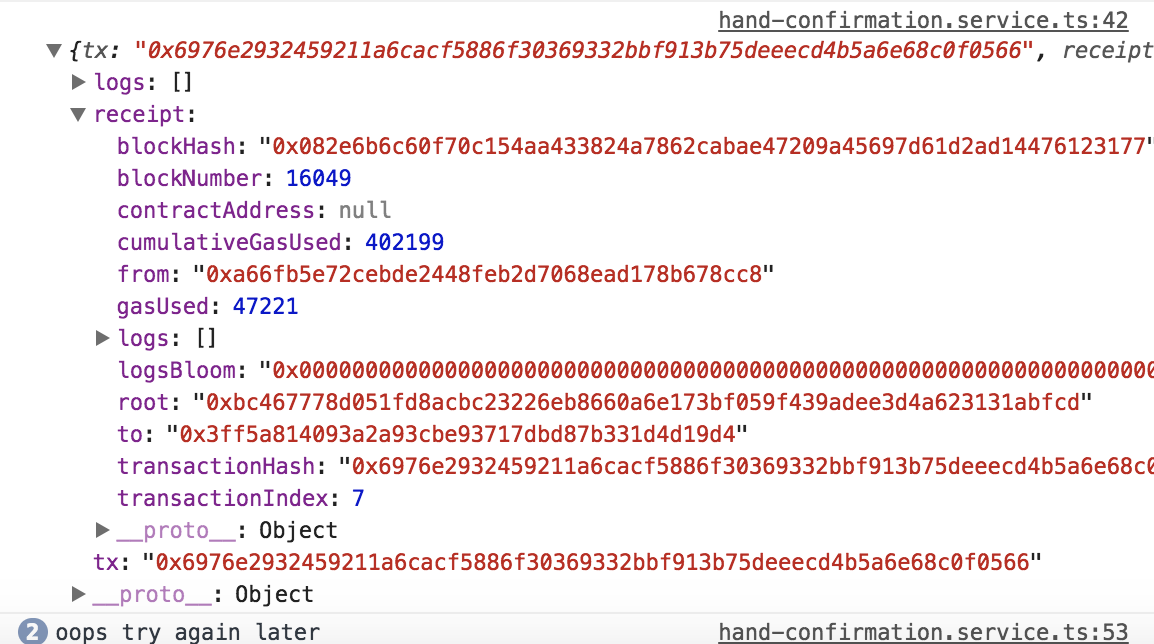 There is no concurrency in the EVM, unless you count reentrancy, which you won't have to worry about here unless you're calling out to another contract in doSomething(). Your function is always called with exactly one msg.sender.

Once both number variables have been set, doSomething() will run every time it's called, unless it includes some code to clear them.

If you want it to always be called when either are greater than 0, then:

According to your code, //dosomething will get called with numberA > 0 and numberB > 0.

Does this clear things up?

Not the answer you're looking for? Browse other questions tagged solidity contract-design or ask your own question.

8
Syntax for calling contract state changing methods
3
How to get notified of a state change?
0
Solidity local validation call before sending state changing transaction
0
C++ (or generally OOP) inheritance in Solidity
1
What is a standard implementation of upgradable ethereum Token contract
0
Contract state won't change during Truffle tests
0
How to state private keys when using node.js and ethereum to run a contract?
1
TransferFrom ERC20 token to burn address from another Contract