I was working with ethereum wallet which is connected to my private blockchain. I performed a transaction which included transfer of ether from one account to another. Using the hash of this transaction, I called the eth.getTransactionReceipt(<tx hash>) method. It returns a transaction object which has its contractAddress: null. I know there is a single wallet contract Wallet.sol which does not have a transfer method. So how is this transfer done by the wallet application? Ain't there any contract for this purpose? 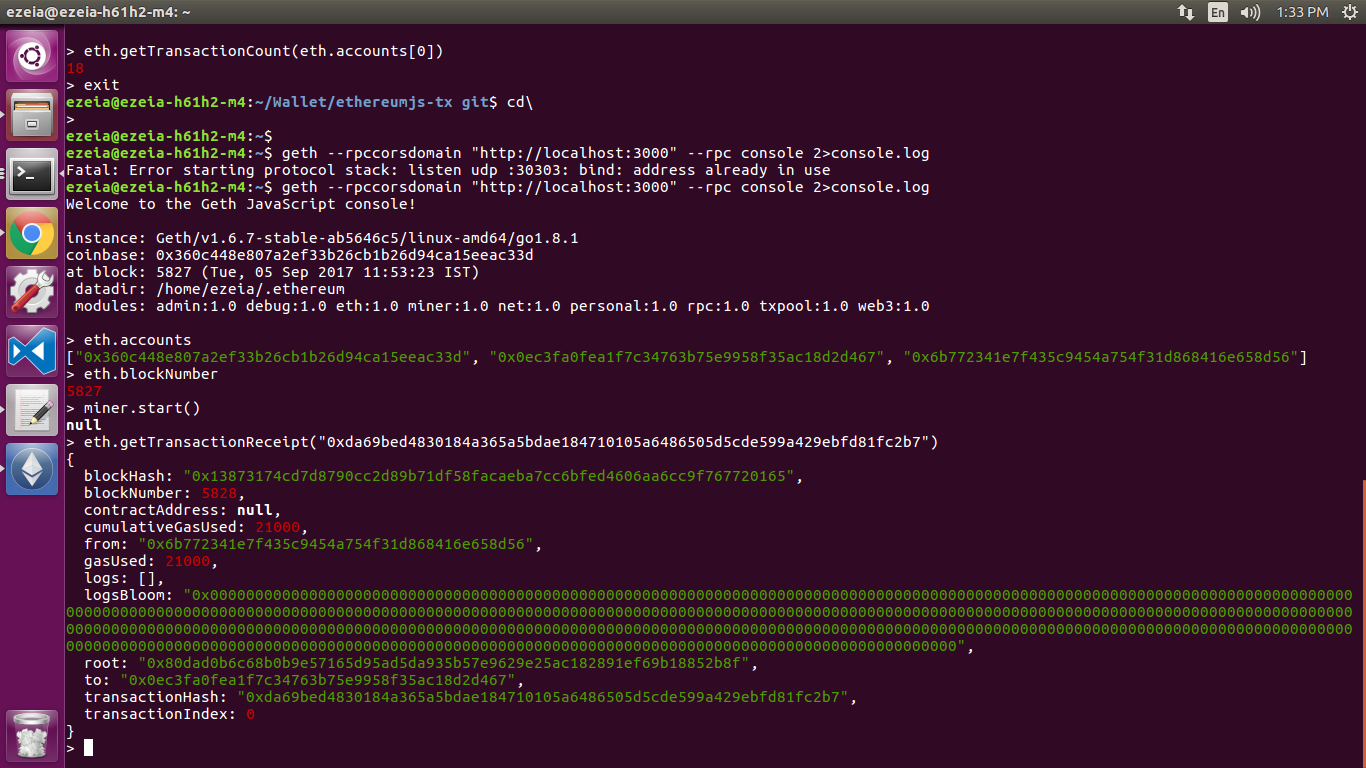 Transferring funds from an account to another is a base function of Ethereum, you don't need a specific contract to do that.

About the contractAddress in the receipt, it is set when the effect of the transaction is the creation of a contract. In any other case it's null.

From the official documentation, web3.eth.getTransactionReceipt returns:

Object - A transaction receipt object, or null when no receipt was found:

Not the answer you're looking for? Browse other questions tagged wallets or ask your own question.