What is the difference between 'Deployed data' and 'Send data' in a contract creation transaction?

I'm following the 'Create your own cryptocurrency contract' on ethereum.org. I deployed the contract but I don't understand what does 'Deployed Data' and 'Send Data' represent. Is any of them the bytecode for the contract? 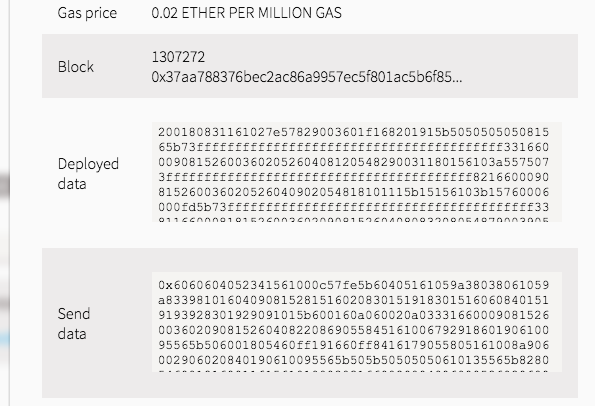 As per the other answer, the "deployed data" is the actual contract bytecode.

However, the "send data" in this context is the whole data that you send in order to deploy the contract. This includes three parts:

You should be able to see the deployed data embedded within the send data.

Not the answer you're looking for? Browse other questions tagged mist contract-deployment or ask your own question.