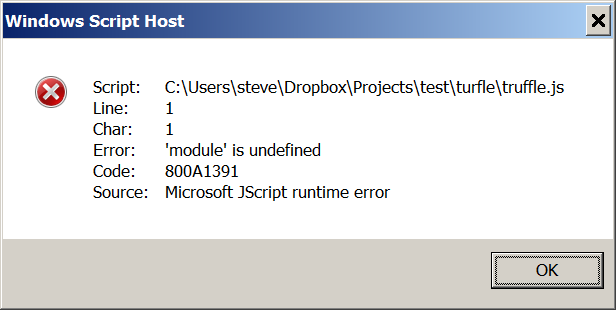 While init runs successfully. I see file truffle.js in my project folder. How can I handle this gently?

Otherwise you can simply rename the file

(for exmaple in truf.bat); in this way, as you said, avoid confusion with microsoft command lines.

It is a known problem and now also part of the official truffle-documentation. They provide 4 different solutions:

This is how I've solved it:

Not the answer you're looking for? Browse other questions tagged truffle or ask your own question.

12
Running truffle migrate just opens my truffle.js file and does nothing
0
What can i do if truffle doesn't execute commands?