Can I do contract transactions with metamask?

In the metamask plug-in, when I click 'Send' there is a Transaction Data (Optional) blank at the bottom that I'm guessing I can put a hex string in that amounts to the {methodID:0xXXXXXXX, params:[X,A,B]}, but I'm not sure this is the case. 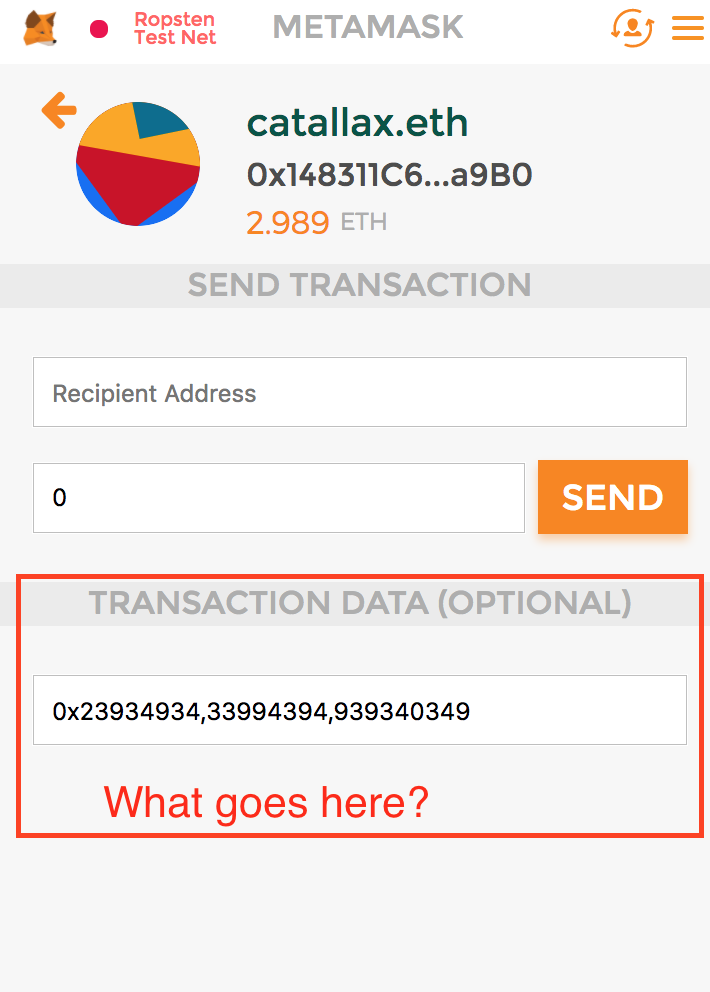 If it is the case I don't know how to form the hex number. Is there some kind of converter in web3 that lets you set this up and then generate the hex transaction data?

I'm a MetaMask developer, and we've removed the field by default, since most new users were confused by it and would never use it.

It can be re-enabled in Settings for users who find it useful.

That field only accepts raw hexadecimal data, and it will be interpreted by whatever your recipient is.

Usually people form this data in one of two ways:

For more information on using the web3 API with MetaMask, check out the MetaMask Developer's FAQ.

Not the answer you're looking for? Browse other questions tagged transactions metamask or ask your own question.

2
recommended datatype for "data" in ethereum transaction
4
How to know the hex code to use in data to call a specific contract function?
2
How to transfer ether from Metamask to Myetherwallet
2
Difference of behavior between Metamask and direct connection to testrpc
1
How to get a signed transaction string when I've already got the r,s&v from signing?
0
When constructing a transaction, what is the unit of the value field?
2
Are transactions with zero data included within a block guaranteed to be successful?
0
How to debug a "rpc error with payload"