Lets say I have two contracts deployed at different times in solidity in mist-wallet:

In the getE() function, what code do I put so it can get value of x from addressE?

please let me know, thanks sorry if this is a very simple question

Since you asked for simple, I thought I'd simplify.

Contract E is compiled and deployed separately. I added an event log to make it easier to see what's happening (e.g. in Remix).

Now you want to deploy a second contract that will talk to it. Since you know the interface, you can do that.

You can do it this way:

On grounds of readability, I would avoid that unless the following can't work for some reason.

In the second source file (with F), describe the interface to "E".

And let the compiler sort out the function signatures:

There will a thing called "e" of type EInterface which is an EInterface located at addressE (where addressE is the address of previously deployed contract).

Call the functions with ease:

In a single source file to simplify rudimentary testing. 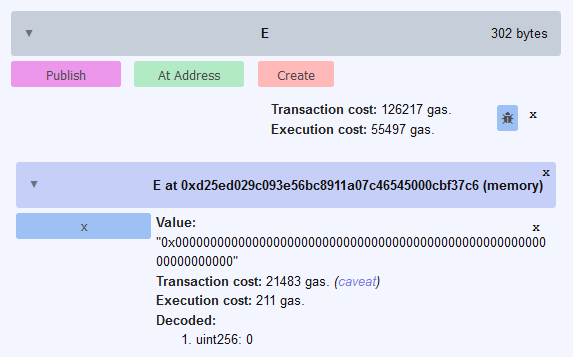 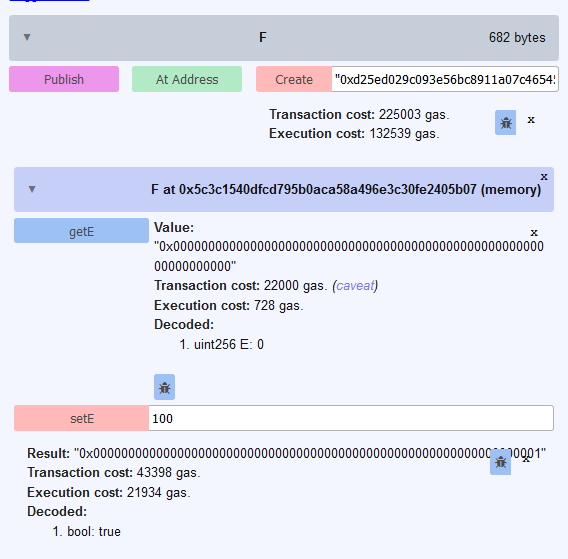 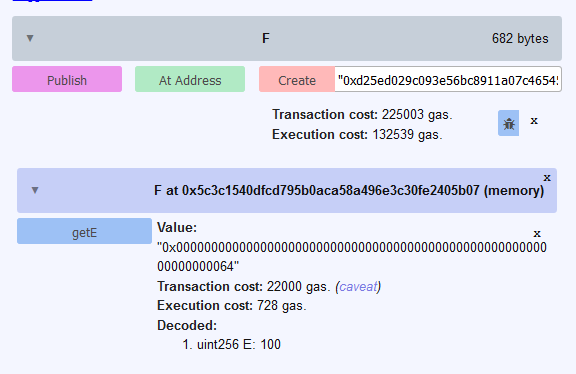 Not the answer you're looking for? Browse other questions tagged solidity contract-design or ask your own question.