What's the Purpose of the Vertical Rule Dividing the Work-Space in Browser-Solidity?

And can it be eliminated? I find it distracting. 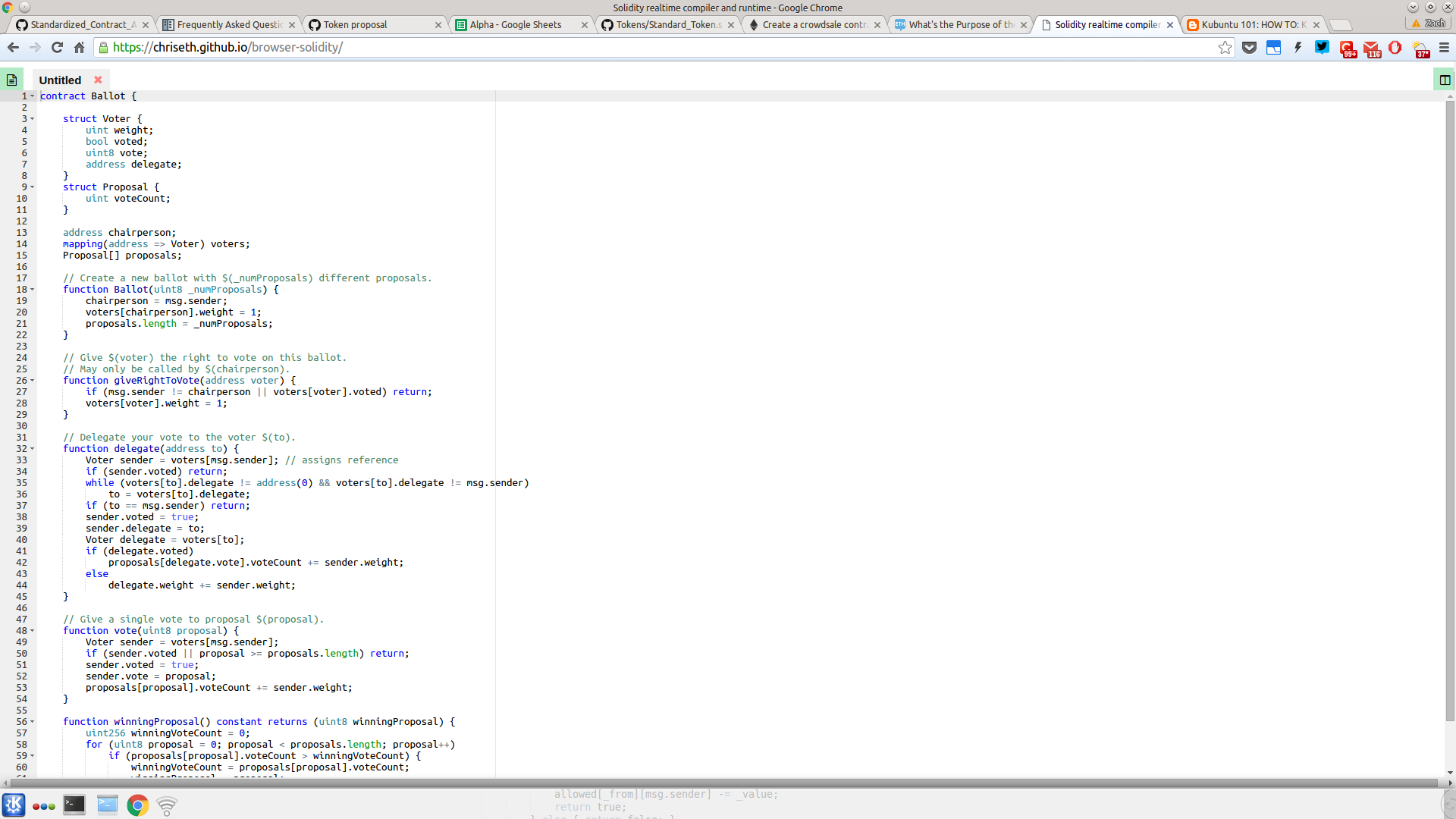 It looks to be a guide line, to suggest to developers to not write code that is too wide. Unfortunately, it doesn't appear to be configurable, so that it can be disabled like in other editors.

If you have a Github account, a suggestion is to file a request here:

(You could include link to this question as you have a helpful picture.)

It's the 80 character limit. The practice of keeping code to 80 (or 79) columns was originally created to support people editing code on 80-column dumb terminals or on 80-column printouts. Those requirement have mostly gone away now, but there are still valid reasons to keep the 80 column rule:

The last point might be the most important. Though displays have grown in size and resolution in the last few years, eyes haven't.

The origin of 80-column text formatting is earlier than 80-column terminals - the IBM punch card dates back to 1928. This is reminiscent of the story that the US railway gauge was determined by the width of chariot wheels in Roman Britain.

It is sometimes a bit constricting, but it makes sense to have some standard limit, so 80 columns it is.

Not the answer you're looking for? Browse other questions tagged remix or ask your own question.

5
why the browser based solidity compiler crushes when the code is too long?
4
Browser Solidity: What does the "Transaction" tab do?
5
Solidity Browser Compiler — Error: Assertion failed
2
Solidity browser compiler crashes
3
"Hello, World" smart contract using browser solidity
0
Remix Solidity Compiler does not work after the update on my browser
0
solidity return the mapping(struct) not work
0
How can I read the entire Solidity warning in the Remix browser?
2
Solidity Math: What's wrong with the function
1
What's the purpose of the following code in the program?