How does Truffle work without a web3 provider?

I have a question about the init project with Truffle.

I can't understand how - in app.js - they use the deployed contract without a web3 provider, like this:

In Truffle 0.2.x or 0.3.x with the truffle-default-builder, app.js in the ./build folder will include considerable bootstrap code that sets the stage.

This is why the HTML should link to the ./build folder when the source appears to reside in ./app (usually). It's the build output that should be served.

Truffle includes a simple Migrations.sol contract in all projects. It's involved as a sort of name registry when you deploy with $ truffle migrate or interrogate the contract addresses with $ truffle networks. 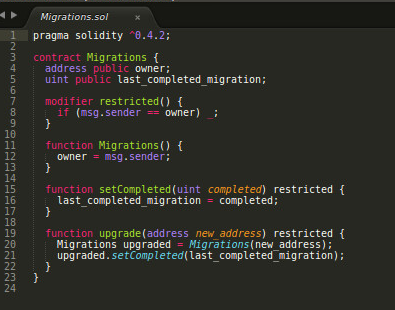 Every contract gets a JavaScript wrapper - usually contractName.sol.js. That's where a lot of the ABI and promisifying happens.

When you have an app.js front-end and you use the build pipeline, truffle injects code about your code in the ./build folder. You can see Web3 there and also see Migrations is involved. 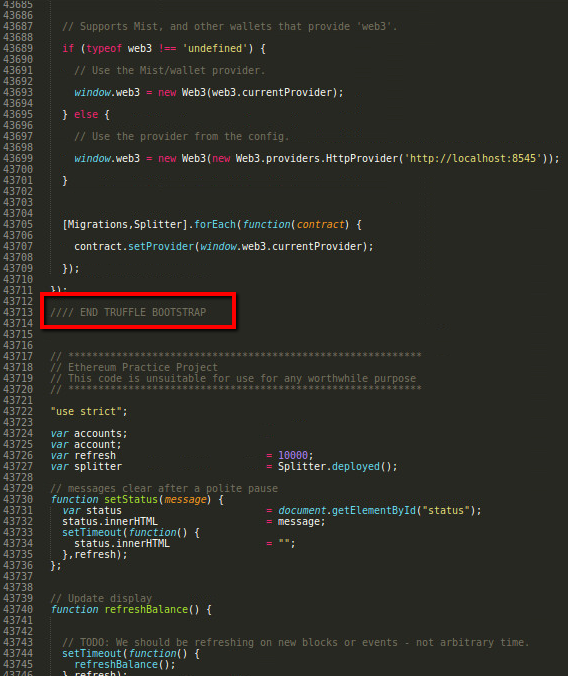 They have a config file that describes the files to include in the build process, and the network configuration for the blockchain. Truffle uses this during build and migrate. 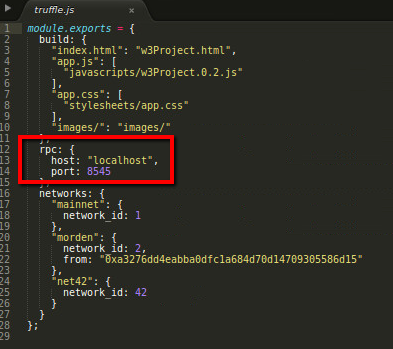 For example, I found this in one of my app.js output files. 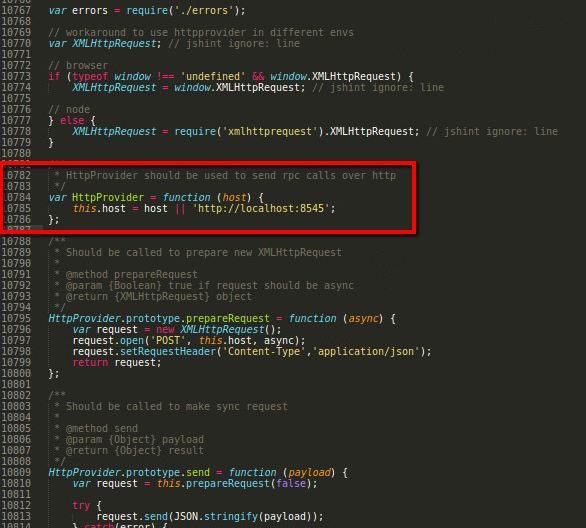 So, in terms of "I can't understand how - in app.js - they use the deployed contract without a web3 provider"

Not the answer you're looking for? Browse other questions tagged dapp-development truffle web3-providers or ask your own question.

19
'Error: base fee exceeds gas limit' When creating new contract instance (Using Truffle, Web3Js and testrpc)
1
How to load external JavaScript files into app.js - Truffle?
1
Using Truffle, Metamask and Ropsten to simulate two users
3
contract has not been deployed to detected network (network/artifact mismatch)
1
Truffle Tutorial pet-shop with test-rpc adopt button doesn't work
0
How do we access a contract that was deployed by another contract in Truffle?
1
How to interact with a contract from Truffle console without compiling and deploying?
0
Truffle test deploys everytime a new contract with .deployed()