I'm a beginner of solidity. I just want to test view the event in etherscan but above error problems up.

However, when I force to deploy the contract by matamask in Rinkeby test network.I'm 100% sure that my wallet has enough eth. The below warning prompt up. Could any tell me why and what can I do?

Gas estimation errored with the following message (see below). The transaction execution will likely fail. Do you want to force sending? execution reverted

The "only" way to send eth to a contract is to call a function that has payable modifier: https://solidity-by-example.org/payable/

When you're deploying the contract, you are in fact calling a special function called constructor. Which is a function that can be called only once, during the contract deployment. But your contract doesn't have one, does it?

In fact it does. Every contract, if not manually defined, has a default empty constructor like this:

You can see it has no payable modifier, so that means, the contract cannot receive funds during its deployment. If you want to send some initial funds to the constract during deployment, you would have to manually define the constructor and add the payable modifier.

In your case, you're probably don't want to send any funds to the contract right now, so you'll need to remove the value amount from your transaction.

If you're working in Remix, the value is defined here and needs to be set to 0: 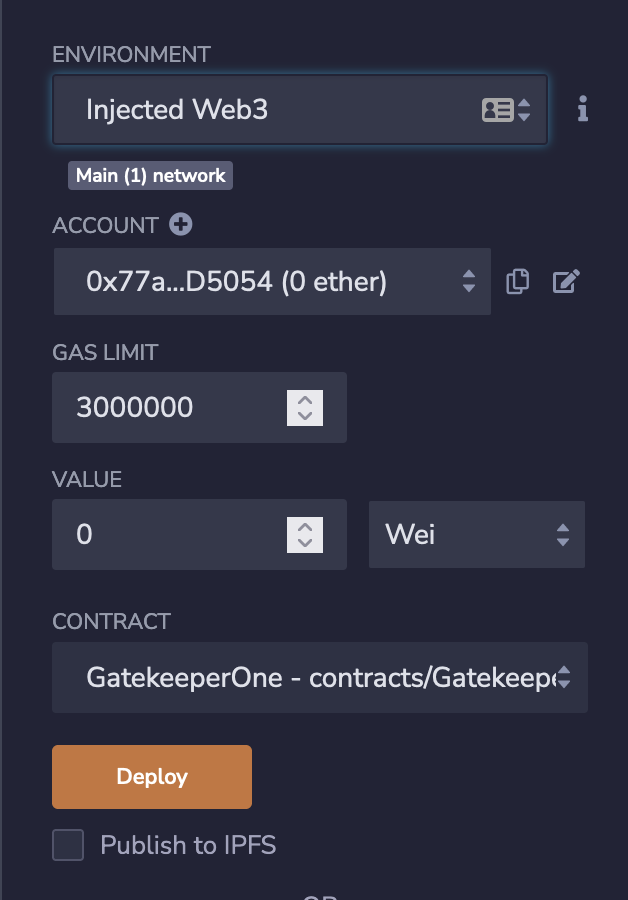 Not the answer you're looking for? Browse other questions tagged solidity remix or ask your own question.