How To Use Uniswap's Flash Swap / Debug "Fail" Reversion?

I'm on Goerli and attempting to use Uniswap's .swap() transaction described here.

If my understanding is correct, if I set one of the amounts to 0 and another amount to nonzero, and bytes as non-zero length, it'll trigger a loan to call uniswapV2Call. So as a simple contract, I just did something like this:

The problem is that the callback uniswapV2Call is never reached. I just get 'FAIL' like this. I've determined the code stops execution at the line IUniswapV2Pair(pairAddress).swap() where I've determined the amount0, amount1, and pairAddress seen by that line of code are: 0, 23771311032997121, 0x28CEE28A7C4B4022AC92685C07D2F33AB1A0E122 respectively by a require that was slipped right before the .swap() call:

This pool pair is just WETH-UNI on Goerli, so I'd imagine I'd be able to loan .1 ETH's worth against it and at least trigger a callback? I'm pretty stuck on this because tracing the Pair's contract's swap() function, all their require has some sort of UniswapV2 tag to clue in where the failure's happened. But it just says Fail which could mean anything so I'm pretty stuck as to:

It ended up being a typo in my contract. The callback in question takes 4 args, as was said, but the implementation above is taking 5 args, which kills the function. So while the reason for failure is obfuscated on-chain, the callback is basically an error of "uniswapV2Call has 4 arguments, expected 5."

The function called has selector 0x10d1e85c, from the Ethereum Signature Database it correspond to uniswapV2Call(address,uint256,uint256,bytes).

It is something in your function implementation that causes the revertion. 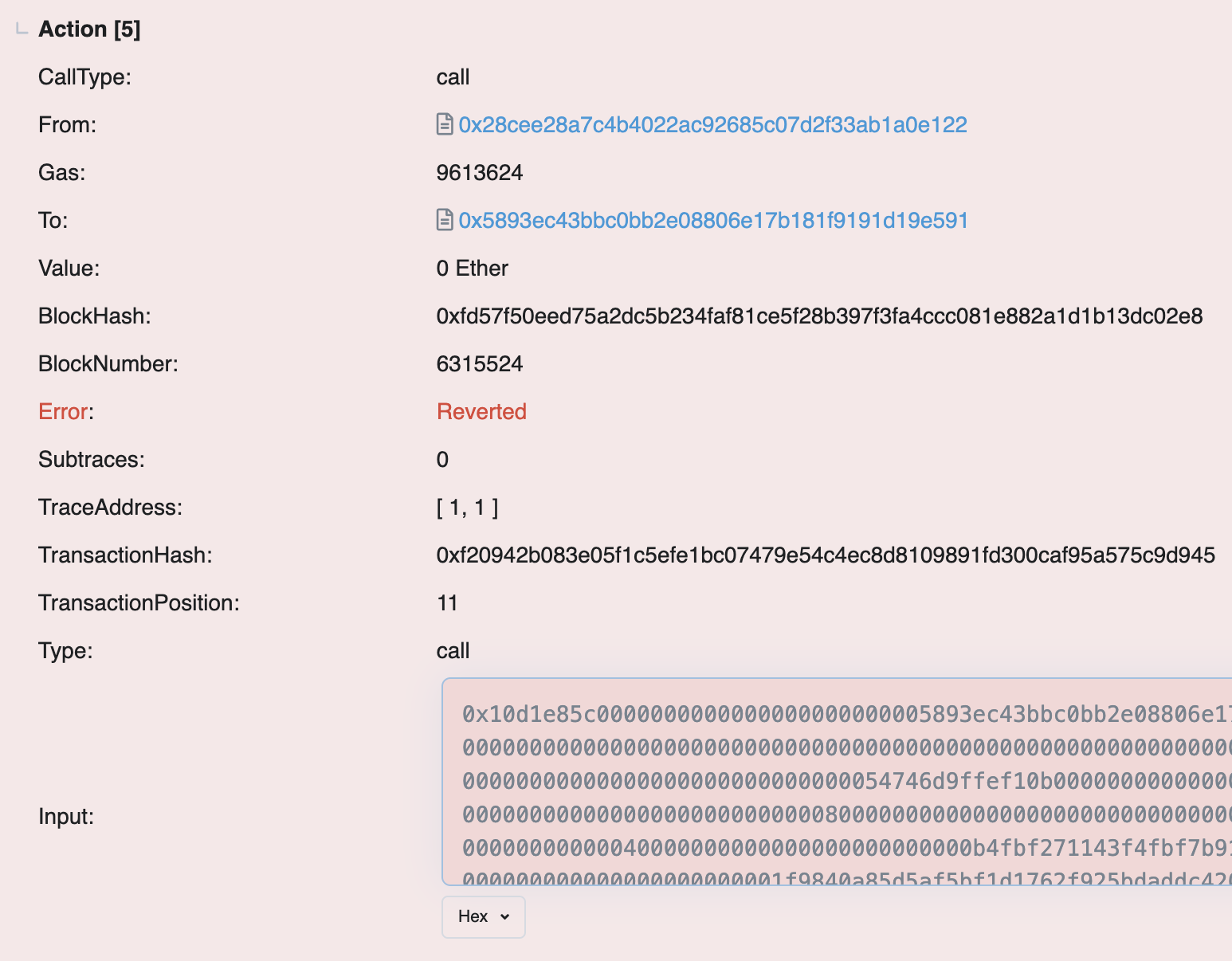 Not the answer you're looking for? Browse other questions tagged solidity etherscan uniswap swaps or ask your own question.