sendTransaction does not send the transaction (geth)

I created a local private test network (using geth) with two nodes which are initiliazed with enough ethers and gas using a custom genesis block. Both have accounts and now I wanted to try sending a transaction from one to another. I tried the command given in this link: https://github.com/ethereum/go-ethereum/wiki/Management-APIs#personal_sendtransaction

However, the transaction stays in the pending transaction list and never arrives at the other node. As I understand theoretically, normally it shoould be sent to the all nodes in the network, no?

Can anyone tell me what can be wrong here?

See the image below where the sending node (top) and the target node (bottom) are shown: 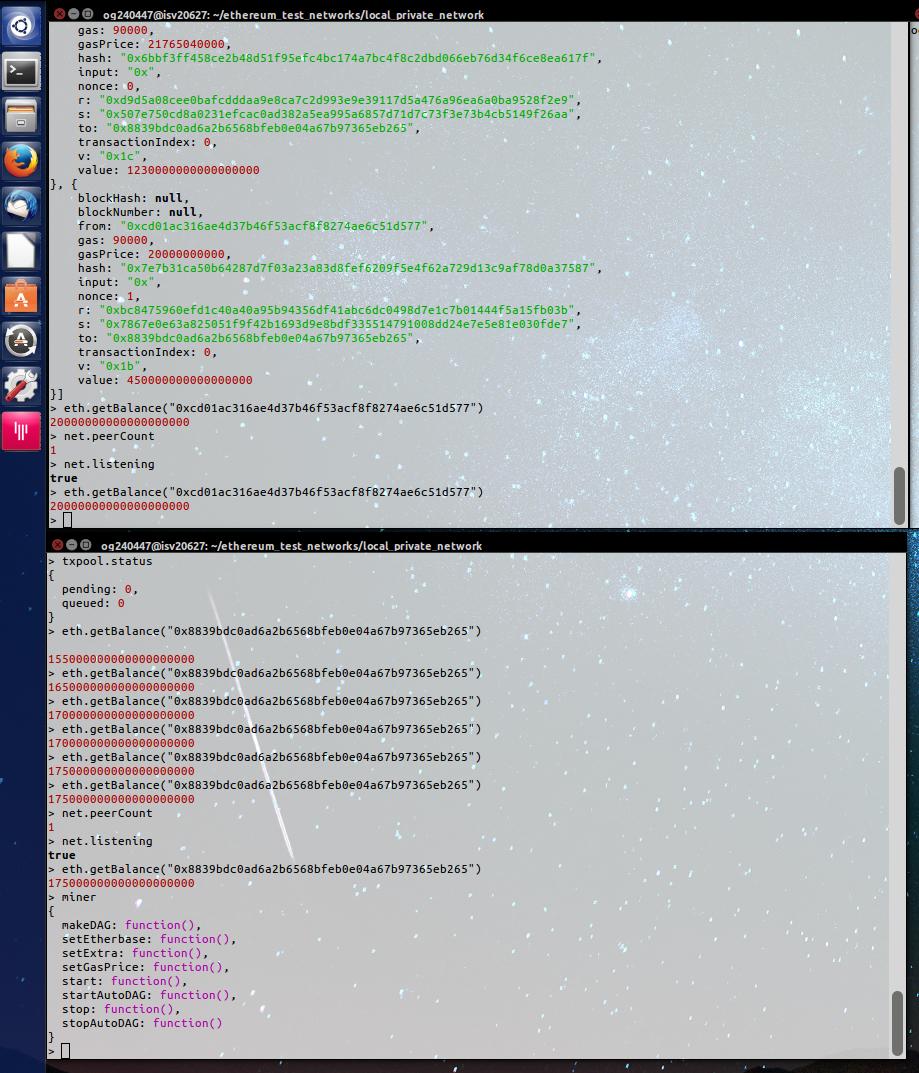 In addition, I don't understand how but the second node (the node that suppose to receive the transaction) is apparently mining its balanca value is increasing slowly. The first node however remains the same. PS: I made "miner.start" before on both nodes.

Browse other questions tagged go-ethereum pending-transactions transaction-propagation or ask your own question.

14
Are pending transactions “dropped” and “reinstated”?
1
Transaction is not broadcasted on private network. Is this because there are just 1 mining node?
0
Geth Send Transaction
1
Why is the gas limit dropping in my private network once my local node connects?
1
What happens to a transaction after you clicked 'send' in Ethereum network?[Transaction life cycle at the EVM and P2P networking level]?
0
Transaction does not get processed