Running truffle migrate with UniswapV3Router.sol as a target results in a contract that is ~125kB which is greater than the 24kB limit.The compiler replaces all import statements in UniswapV3Router.sol with the code/library being imported. So, essentially UniswapV3Router.sol becomes a 3000 line of code file. So there is the problem, since that is a very large contract.

This is where UniswapV3Router.sol is deployed on etherscan: https://etherscan.io/address/0xe592427a0aece92de3edee1f18e0157c05861564#code where there are cleary 34 individual contracts uploaded as illustrated by: 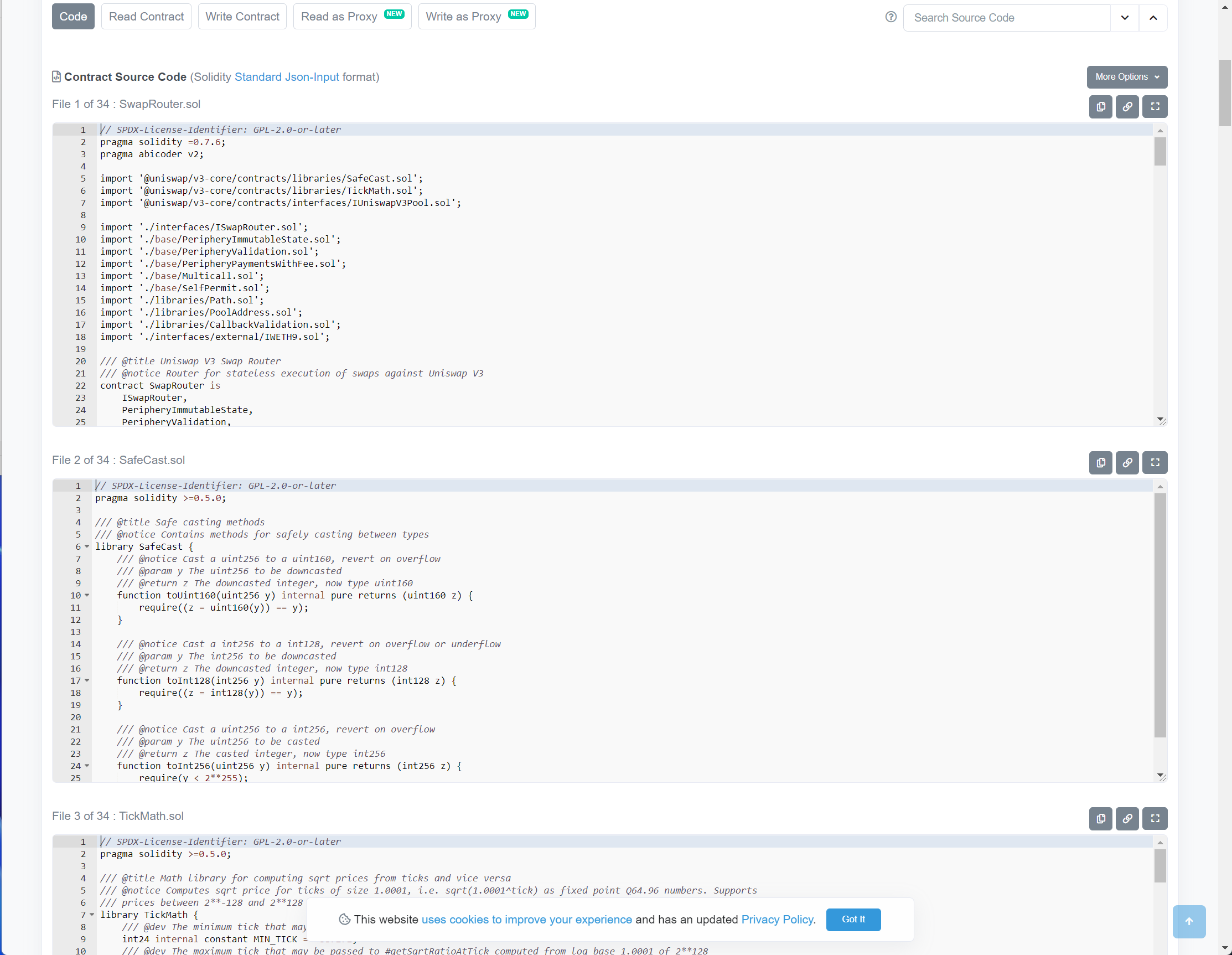 So, how to deploy multiple .sol files to the same contract address? In other words, how to achieve the same result as shown on etherscan?

The contract SwapRounter inherits a couple of contracts/interfaces and embeds a number of internal libaries. Additional interfaces are needed to allow the contract to interact with other contracts (such as IERC20).

As stated by etherscan, only the SwapRouter.sol contract was deployed at this address. To reduce the contract size, you can turn on the Solidity Optimizer (like the Uniswap team).

Not the answer you're looking for? Browse other questions tagged solidity truffle or ask your own question.