Value assignment for storage variable (in declaration VS in constructor)

What difference does it make if I assign the value of a storage variable in the same line where it is declared vs if I assign its value in the constructor? Which would be the preferred approach? And if both would have the same exact effect, which would be the most gas-efficient implementation?

In your particular example, the difference is negligible. There are 137 opcodes used for the first case and 140 for the second case. In the first case, the storage is initialized practically immediately: 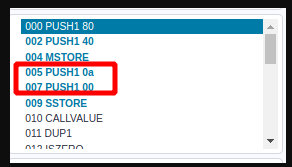 while in the second case there is some boilerplate code to get to the initialization: 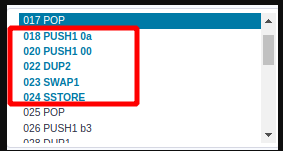 However, constructors are used to customize contract for the initial values from deployment scripts. Or when contracts are created by other contracts.

For example, you want your contract to have not hardcoded name but initialized from deployment script, so you use constructor:

In the case of the examples you posted, there is no difference. When you initialize the state variable in the line of declaration, it's the same as you if you do it in the constructor.

If you want to have state variables initialized at contract creation, there is no way to optimize this. It should use a similar amount of gas in either implementation.

Not the answer you're looking for? Browse other questions tagged solidity storage constructor declaration or ask your own question.

6
Solc Compiler oversight? Innappropriate mapping declaration overwrites storage
1
Is the uint "ID" in this function saved in storage?
1
Why do arrays declared within functions reference storage point 0 by default?
0
Increment a uint variable results in unexpected value
1
How to find value of non-public state variable
1
Where is the proper place to assign variables in Solidity?
0
Solidity allocate state variable storage
1
Is it possible to pre-initialize a variable using EIP 1167 if the initial value is the same for each clone?